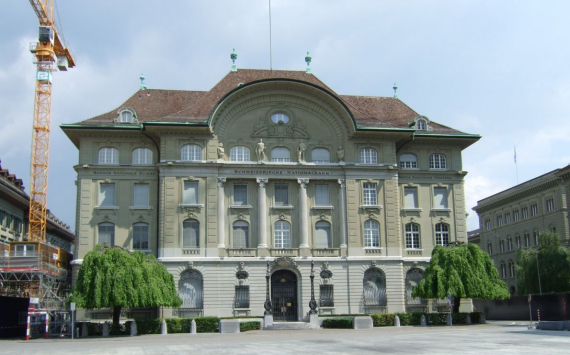 Shares in XPeng and Li Auto, as well as cannabis producer Tilray and videoconferencing app Zoom, were bought by the Swiss National Bank in the first quarter of 2021.

Switzerland's central bank had about $150bn worth of shares listed on major US exchanges on its balance sheet as of March 31, 2021.

According to a report filed with the US Securities and Exchange Commission (SEC), the bank bought additional shares in XPeng (XPEV), Zoom (ZM) and Tilray (TLRY) into its portfolio in the first three months of the year and bought Li Auto (LI) shares for the first time.

In the first three months of 2021, the bank bought 74,000 shares in Chinese electric car maker XPeng, increasing its holding to 433,175. The Swiss central bank's initial investment in XPeng's competitor Li Auto amounted to 427,954 shares. Li Auto has yet to report for the first quarter, but released strong figures for deliveries of its electric cars in April: 13% higher than in March.

Li Auto said it reached the 500,000 unit supply milestone faster than its competitors.

Although XPeng and Li Auto's deliveries are rising, as are overall sales in China, according to the China Passenger Car Association, their shares, like those of NIO (NIO), Tesla (TSLA) and other carmakers, have fallen since the start of the year.

Shares in Zoom Video Communications had one of the highest growth rates during the pandemic, when everything from everyday communication to work and learning has been moved to an online conferencing format.

The companies are expanding their business into international markets, but are so far at a loss. Cannabis investors are now awaiting legislation that would make cannabis legal throughout the United States.

Tilray shares have fallen heavily in the past three months, down 52%, having lost the growth momentum in January and February.