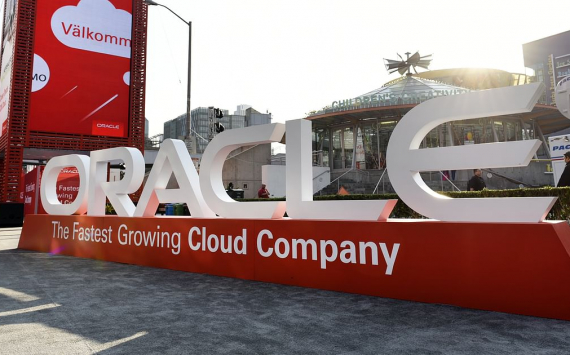 Oracle shares fell on Wednesday after the close of trading as the company gave a fourth-quarter outlook below analysts' expectations. However, Oracle's revenue and profit growth accelerated in the third quarter and the company expanded its share buyback plans and raised its dividend.

Oracle shares (ORCL) fell 5.85% after the close of trading on Wednesday as investors were disappointed with the company's forecast for the current quarter.

However, Oracle shares rose 7.8% in the past week as a Barclays analyst upgraded their rating from "neutral" to "outperform" and their target price from $66 to $80.

Over the past 12 months, Oracle shares have posted a strong 48.46% gain as the company makes the transformation from its legacy on-premises database software licensing and maintenance business to a subscription-based software model that takes advantage of cloud computing.

Oracle's management was pleased with the third-quarter results, which ended Feb. 28.

The growth rate for total revenues also accelerated slightly to 3%, up from a 2% pace in the previous two quarters to $10.1bn, higher than the analysts' average estimate of $10.07bn.

The company's largest division, Cloud Services and License Support, posted revenue growth of 5% to $7.25 billion, but this was slightly below analysts' estimates of $7.28 billion. Revenue from cloud and on-premises licences was $1.28bn, up 4% from an estimate of $1.21bn.

Hardware revenue was $820 million, down 4% from the Wall Street estimate of $843 million.

Oracle's outlook for the fourth quarter

Oracle expects fiscal fourth-quarter earnings of $1.20 to $1.24 per share, below analysts' average forecast of $1.28, with expected revenue of about $10.65 billion also below analysts' estimates of $10.84 billion.

Also, the company announced that it has increased the size of its share buyback programme to $20bn and raised the quarterly cash dividend to $0.32 per share from the current $0.24.