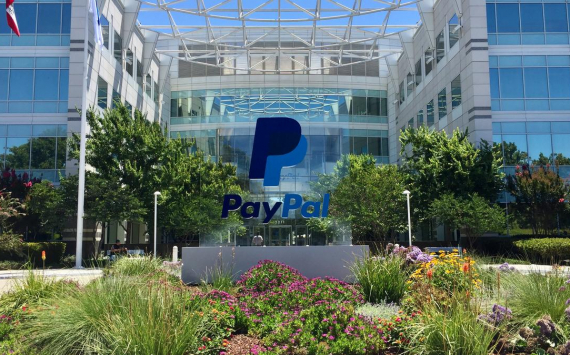 Shares in PayPal rose after the company announced plans to launch new financial services on its platform over the next two years, in particular stock trading and the creation of "high-yield savings accounts".

Shares in PayPal (PYPL), up 140.4% over the past year, rose after the close of trading on Thursday on the back of forward-looking statements from the company's management during an investor event.

PayPal has set ambitious targets for the next four years, given the success of its cryptocurrency service rollout and plans for further expansion, as well as plans to launch new financial services over the next two years. PayPal said it expects total payment volume (TPV) to triple by 2025 to $2.8 trillion. 2020 was a record year for PayPal in terms of payments processed, with total payments rising 30% to $936 billion. PayPal's 2020 earnings per share rose 31% to $3.88.

The company predicts that the number of active accounts will grow from 377 million currently to 750 million by 2025. PayPal also plans to generate $10 billion in annual free cash flow by 2025. In 2020, PayPal increased free cash flow by 48% to $5 billion.

PayPal executives also recently warned that some of the new initiatives have caused a spike in technology and development costs. Last year, such costs have already risen 27% to $2.64bn. However, the company said it expects profits to grow by 17% in 2021.

PayPal plans to become a one-stop platform for consumers and merchants to help manage their finances. The firm said new products could include share trading and high-yield savings accounts, as well as bill payment options and cheque cashing services. The firm's new digital wallet will be divided into a financial services tab, a payments tab and a purchases tab, PayPal CEO Daniel Schulman said in an interview after the event. He said: "PayPal is not interested in buying cryptocurrency for corporate money, but plans to 'capitalise on this growth opportunity'".

The launch of cryptocurrency payments in PayPal Venmo, its popular digital wallet app, is still planned for the first half of 2021. The PayPal Cryptocurrency app, which is currently available to US users, is expected to launch in the UK in a few months.

Americans' expectations for year-ahead inflation rose to 3.4% in April
Economy
429