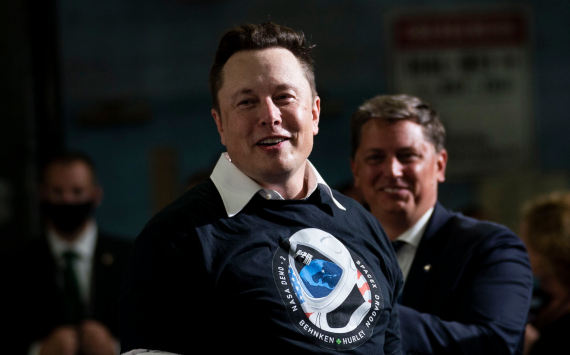 "Use Signal", wrote Elon Musk on 7 January. Shares in Signal Advance rose 527 per cent on Thursday and another 91 per cent on Friday, climbing from $0.6 to $7.19. Prior to that, little was known about the small company. According to CNBC, as of March 2019, the company had a single employee who was the CEO.

Signal Advance is engaged in healthcare technology and had a market capitalisation of $55 million, and thanks to Musk's tweet, it suddenly rose to $660 million.

However, the Tesla founder was referring to an entirely different company. In fact, he advised subscribers to use the encrypted messaging app Signal, which is an alternative to WhatsApp, Facebook Messenger and other similar services.

Many of Musk's subscribers interpreted his "signal" correctly: the app faced technical glitches due to an unexpected surge of new users. Signal exists on donations and is run by a non-profit organisation. "Is this what analysts mean when they say the maarket is giving mixed signals?" the creators of the app joked. "It's understandable that people want to invest in Signal's record growth, but our company has been confused with another".

This is far from the first time investors have cotributed to explosive growth in a stock by mistake, mistaking companies with similar names or tickers. It has happened with Zoom, Apple and also Tesla.