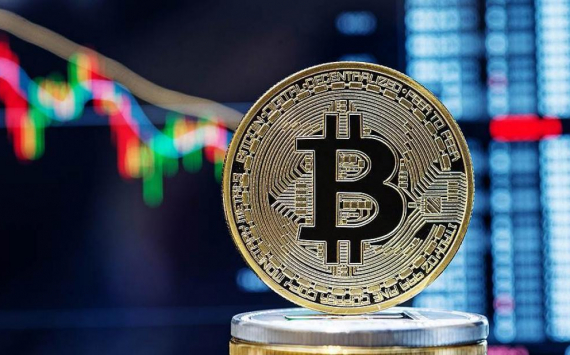 Bitcoin has returned to frenzied growth and has broken all past records this winter, having fully recovered from the staggering drop of two years ago. Since the beginning of the year, the digital currency has hit an all-time high five times and surpassed $34,000 for the first time. In fact, bitcoin has already been predicted to be worth $100,000 this year.

The new year 2021 began with a mad rally in bitcoin in total, the cryptocurrency has added $14,000 since mid-December, and its exchange rate has risen almost five-fold over the year.

Reaching a peak of $34,100, the coin went into a correction, losing 12 percent, but resumed growth a day later. Bitcoin's surge is attributed to an unprecedented volume of issuance by global central banks, as well as real interest in the cryptocurrency from major players.

In 2009, the New Liberty Standard set the bitcoin exchange rate at around $0.00076. However, in the summer, the cryptocurrency's value was nearly a hundred times higher, and by mid-autumn, 50 cents per bitcoin was being offered. By November 2013, the price of the first cryptocurrency reached $1,200. Thus, the coin appreciated 1,570,800 times in just four years.

In 2014-2015, investors took over the cryptocurrency market and bitcoin did not exceed $300 all that time.

In 2019, cryptocurrencies managed to recover only a fraction of the fall, but the former growth was out of the question. Public interest in the market was increasingly waning. But that all changed in 2020.

There are several reasons for this. First, bitcoin was pushed to growth by the pandemic. Investors invested in cryptocurrencies and risky assets in general on a wave of excitement about the development of vaccines and continued stimulus measures from global central banks.