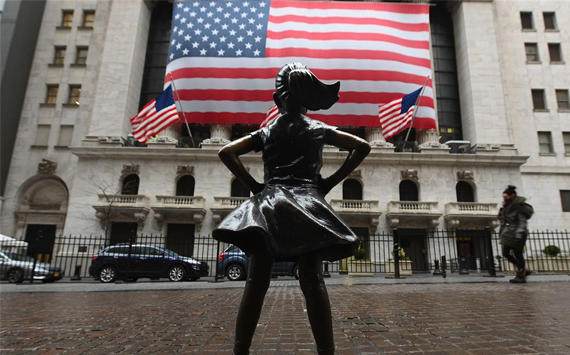 The US stock market ended Friday's trading in negative territory after posting record highs a day earlier. However, major indicators ended the week on the plus side, with the S&P 500 up 1.3% and the Dow Jones up 0.4%. The Nasdaq was up 3.1%.

The US current account deficit in the third quarter rose by 10.6% to $178.513 billion, according to a report from the country's Commerce Department. Analysts on average had forecast the deficit to widen to $189 billion in the July-September period, according to Trading Economics. Respondents to The Wall Street Journal estimated the figure at $186.9bn (up 9.6%).

The Conference Board's index of leading economic indicators fell to 0.6% in November from a revised 0.8% a month earlier. Experts were expecting the index to fall to 0.5% from the previously announced 0.7%.

Pfizer (NYSE:PFE) Inc. was down 0.9% despite the US pharma company saying on Friday that it had applied to the Japanese health ministry for permission to use its COVID-19 vaccine in Japan.

Shares of FedEx Corp (NYSE:FDX). were down 5.7%, although one of the world's largest transportation and logistics companies reported record revenue for the second quarter of 2021.

Moderna Inc. shares were down 2.6% despite approval of its coronavirus vaccine in the US.

Facebook is testing a Neighborhood app in the U.S.
Business
2105
Rating companies