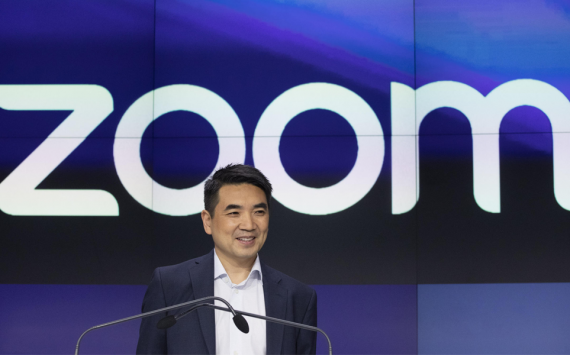 Zoom shares fell on Monday despite the fact that the company surpassed its third quarter and fourth quarter forecasts. At the same time, it is difficult for Zoom to compete in the large corporate segment.

Zoom stated that at the end of the quarter it had 1,289 customers who paid more than $100,000 in annual subscriptions. Although Zoom published its third quarter results and forecasts for the fourth quarter better than Wall Street analysts estimated, shares fell by around 5% after the close of trading on Monday.

Zoom shares have grown by more than 600% since the beginning of the year, raising questions about whether the company is overpriced. Zoom has received a spike in growth thanks to the conditions of the pandemic, but analysts are now asking how long it could last.

The CFO of Zoom Kelly Steckelberg said: "The company has seen great user growth in the third quarter, but this is partly due to the jump in free users as millions of students and teachers have started a new school term".

The growth in the number of users requires more computing power, and correspondingly more spending on cloud data centre services. Given that it is the number of free accounts that is growing, Zoom is losing a share of its profits.

In order to expand its services and ensure its growth following the pandemic, Zoom recently launched new services such as OnZoom's online event service and the Zapps product for the integration of third-party applications.

Tesla has become the absolute market leader in electric vehicles in the U.S.
Business
697