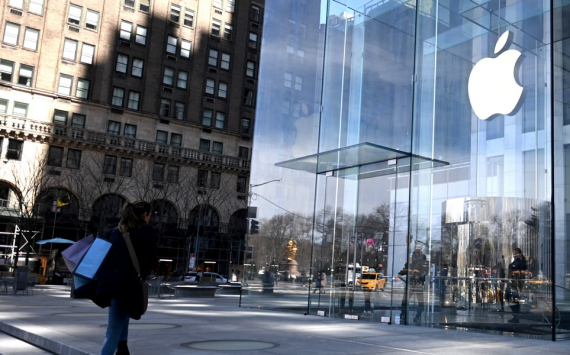 The growth peak coincided with the split of Apple shares four to one on 31 August, causing a stir among investors. Since early September, more than five investment companies have raised their target prices for Apple shares.

Tim Cook's company with a market capitalisation of almost $2 trillion does indeed seem more than ever. Apple has been tested against a backdrop of falling demand and supply problems due to the COVID-19 pandemic.

In the quarter that ended in March, global iPhone sales surpassed the general smartphone market. Forced physical shop closures were also offset by strong digital sales, including demand for the Services category.

The latest significant negative news from Apple was a 26% drop in iPhone revenue in the fourth fiscal quarter ended 30 September. However, the drop was obvious as the quarter ended on the eve of the long-awaited iPhone 5G. The comparison is incorrect because the release was postponed by several weeks, while sales in the 4th fiscal quarter 2019 already included new products.

With such a cash balance, it is no surprise that Apple is returning a lot of money to its shareholders. In fiscal year 4Q 2020 Apple returned $22 billion to shareholders in dividends and share buyback.

But what about the current share price of Apple? It seems that despite the strongest business ever, Apple shares are traded at a price with a high mark-up to profit, which suggests that today's price is too high.

Apple shares can be a good buy for investors looking for dividend income. Apple currently has a dividend yield of 0.8% and since its launch in 2012, dividend payments have been increasing every year. But investors looking for a significant increase in the value of shares over the next five years will have to wait for their price to fall before they buy.