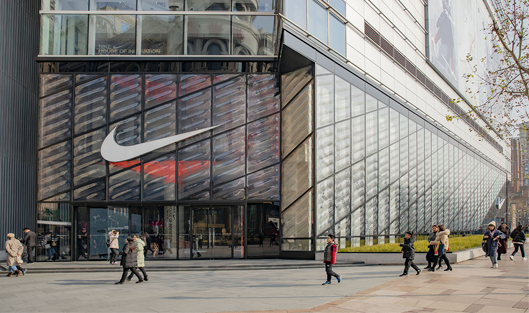 Nike increased its dividends by 12%

Profits are growing faster than sales

On Friday, NIKE Inc. shares. (NKE) increased following the announcement of a 12% or $0.275 increase in quarterly dividends from $24.5 to $27.5 per share (ordinary A and B classes), representing a return of 0.83%. Nike dividends are payable on 29 December to registered shareholders at close of business on 7 December.

This move by Nike's Board of Directors indicates that the company is increasing profits and is likely to publish a strong 2Q financial report, which is expected on 18 December.

Nike's news also contrasts with general market trends as many companies have been forced to stop paying dividends to offset the negative impact of the COVID-19 pandemic.

This is the 19th year in a row that Nike has increased its dividend payout, indicating the company's financial success, including through a successful "digital transformation". In September, Nike said it expects sales in the second half of the fiscal year (ending May 2021) to "rise significantly" as sales recover from the recession, with retailers cancelling orders and quarantine measures restricting people from visiting physical shops in key markets.

For the first fiscal quarter ended August 31, Nike reported a slight drop in revenue of 0.6% (from last year's value) to $10.6 billion, well above the $6.31 billion reported in the previous quarter. Earnings per share increased by 10% compared to the same amount last year.

The main reason for this success is the 82% growth in digital sales, with their share in total sales rising to at least 30%, a threshold that Nike previously planned to reach by 2023.

At the beginning of the pandemic, Nike management suspended its share buyback, but if quarterly figures do improve significantly, it may allow the company to resume the programme. Investors will learn about this in a forthcoming report in December. Nike shares, which grew 31.3% this year, more than doubled from the March low as the company cut costs by reducing corporate jobs and targeting funds and investments in digital sales.