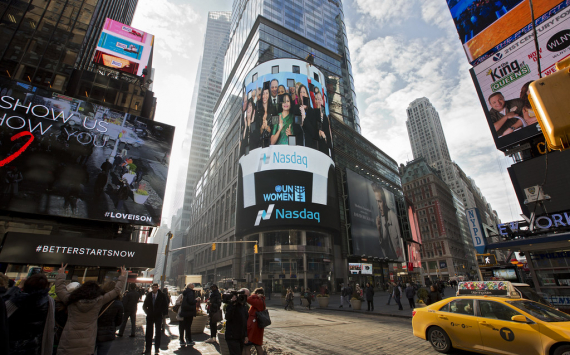 The US stock market is tradi...
Subscribe to Newsletter
Main
News
Business

The US stock market is trading flat: The Dow Jones up 0.23%

US stock indices are moving weak and mixed in early trading on Friday as investors assess US labour market data.

The number of jobs in the United States economy increased by 223,000 in December, the slowest pace since December 2020, a Labour Department report released on Friday showed.

Herewith, the unemployment rate in the USA in December fell to 3.5% from the revised November indicator of 3.6%. Earlier it was reported that unemployment was 3.7% in November and analysts had forecast it would remain at the same level.

Meanwhile, the ADP industry organization's report released the day before showed an acceleration in the growth rate of US private sector jobs. Their number increased by 235,000 in December. Analysts on average had forecast job growth of 150,000, according to Trading Economics. The figure rose by 127,000 in November.

Southwest Airlines Co (NYSE: LUV) shares are down 0.3% in early trading. The airline expects to record a loss in Q4 2022 after over 16,700 flights were cancelled in the US due to a snow storm.

World Wrestling Entertainment (WWE), the organiser of wrestling tournaments, jumped 14.7%. The Wall Street Journal wrote, citing sources, that Vincent Kennedy McMahon, who resigned last year, plans to return to the board of directors and initiate the process of selling the company.