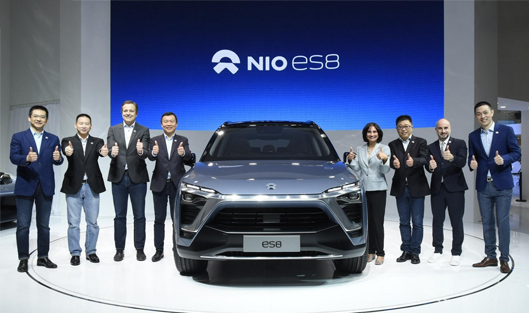 Chinese electric car maker Nio (NIO) announced on Tuesday, after the close of trading, its best results for the third quarter ended September 30, and the company also gave its fourth quarter forecast.

Shares in Nio have become record-breaking for growth this year, with the price rising by 1,239% in the last six months. Shares rose 40% after November 2 when the company announced record shipments of electric vehicles in October.

At the end of September, Nio launched the new Nio EC6 electric crossover, which is considered a rival to the upcoming Tesla Model Y (TSLA) in China.

3Q of the Company

Nio reported that it delivered 12,206 electric vehicles during the quarter, up from 4,799 in the same period a year earlier and 10,331 in the second quarter.

During the quarter, the company announced a new battery leasing scheme. The service offers customers the opportunity to lease batteries instead of direct purchase, which reduces the price list of cars.

Earlier this month, Nio announced a 100-kilowatt hour battery, which increases the power reserve of electric cars to 615 kilometres.

On 9 January, the company will hold the "Nio Day" event, at which a new premium electric sedan, the Nio ET7, will be announced, as well as further improvements to the batteries.

Today Nio is a strong competitor for Tesla in China. In addition, the company plans to increase production volumes and begin exporting to Europe in 2021, following Tesla's recent move to export its Model 3 Chinese vehicles to the region.