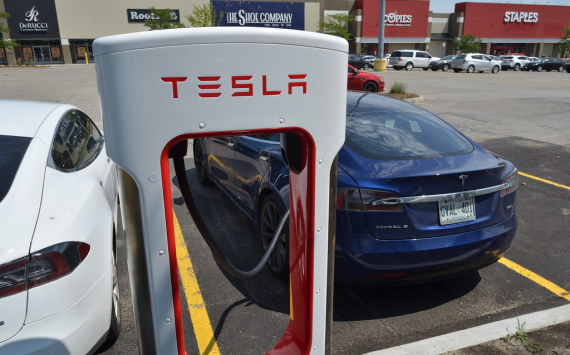 Earlier in the week Tesla shares fell 5% on Monday to their lowest since June 2021, as CEO Elon Musk led a reshuffle at Twitter.

Fears are mounting that rising losses at Musk's new company Twitter could force him to sell more of his stake in Tesla. Meanwhile, several companies have already suspended their advertising spending on Twitter after Musk bought the company.

Since Musk completed his $44bn purchase of the social network late last month, several companies have suspended their advertising spending on the platform, which could lead to its growing losses, which in turn could force Musk to sell more of his Tesla shares if there is no recovery soon.

The task ahead for Musk is not an easy one: within a month he will have to sort out the situation on Twitter, let users know what the company's products are, and make advertisers understand what their content moderation is, but if he fails to do so under the current terms, he will have to sell his Tesla shares in April.

The fall in Tesla shares on Monday saw them hit $196.66, while the $200 level represents a significant level of support for traders, as a close below the $200 mark would signal to investors that there could be further declines ahead.

It's also worth noting that Tesla is recalling more than 40,000 electric cars in the US due to a possible power steering fault. This was reported by Reuters on Tuesday.

According to its data, cars of Model S and Model X models of 2017-2021 production years are subject to recall. They may experience power steering malfunction when driving on rough roads.

For example, the National Highway Traffic Safety Administration (NHTSA) has stated that loss of power steering can require more steering effort, especially at low speeds, which increases the risk of a crash.

Separately, Tesla is recalling 53 Model S 2021 exterior side view mirrors that were built for the European market and do not meet US "rear visibility" requirements. The mirrors were installed during visits to the US.

Tesla has issued 17 recalls this year, covering more than 3.4 million vehicles in the US, the 10th highest among US car manufacturers, according to NHTSA.