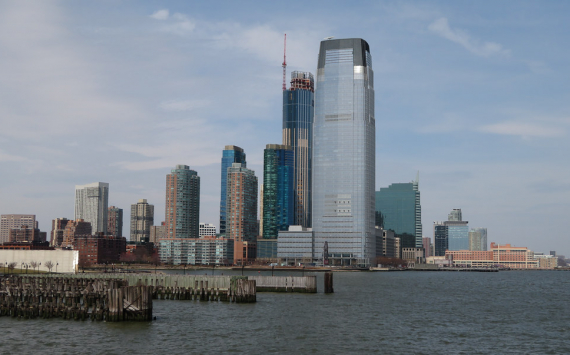 The report and the bank's shares

Although 2021 was a phenomenal year overall in terms of revenues and profits, Goldman's quarterly report disappointed investors.

Volatile trading in the markets as well as record bond purchases by the Fed have been generating high trading profits for investment banks. However, as the central bank moves to "normalise" policy and prepares to raise rates, financial market liquidity is expected to decline. Investment firms' profits could suffer, but lenders' profits could rise.

As global market trading income accounts for about a third of Goldman Sachs' total revenues, its decline is significantly affecting the bank's profits.

Financial results for Goldman Sachs in 2021

Goldman Sachs delivered an incredible return on equity of 23% in 2021 and a solid 15.6% in the fourth quarter.

Earlier, JPMorgan Chase (JPM), the largest US bank, reported a drop in trading revenues, following which shares of many large banks declined.

Like JPMorgan, Goldman reported that its operating expenses jumped due to higher payroll costs (23% to $7.27bn for the quarter), exceeding analysts' estimates.

The best-preserved dinosaur skeleton of Deinonychus sold at Christie's for $12.4 million
Business
1384

The best-preserved dinosaur skeleton of Deinonychus sold at Christie's for $12.4 million
Business
1384