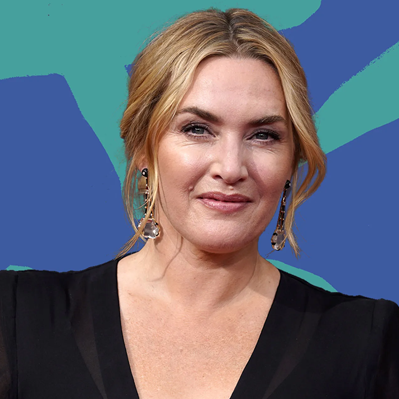 Winslet studied drama at the Redroofs Theatre School. Her first screen appearance, at age 15, was in the British television series Dark Season (1991). She made her film debut playing a teenage murderess in Heavenly Creatures (1994), and went on to win a BAFTA Award and a Screen Actors Guild Award for playing Marianne Dashwood in Sense and Sensibility (1995). Global stardom followed soon after with her leading role in the epic romance Titanic (1997), which earned her a nomination for the Academy Award for Best Actress in a Leading Role, which at age 22 made her the fourth-youngest Best Actress nominee at the time. Titanic was the highest-grossing film of all time to that point, after which she eschewed parts in blockbusters in favour of critically acclaimed period pieces, including Quills (2000) and Iris (2001).

The science fiction romance Eternal Sunshine of the Spotless Mind (2004), in which Winslet was cast against type in a contemporary setting, proved to be a turning point in her career, and she gained further recognition for her performances in Finding Neverland (2004), Little Children (2006), Revolutionary Road (2008), and The Reader (2008). For playing a former Nazi camp guard in the latter, she won another BAFTA Award and her first Academy Award for Best Actress. Winslet portrayed Joanna Hoffman and Mary Anning in Steve Jobs (2015) and Ammonite (2020), respectively. During this time she won two Primetime Emmy Awards for her performances in the HBO projects Mildred Pierce (2011) and Mare of Easttown (2021).

For her narration of a short story in the audiobook Listen to the Storyteller (1999), Winslet won a Grammy Award. She performed the song "What If" for the soundtrack of her film Christmas Carol: The Movie (2001). A co-founder of the charity Golden Hat Foundation, which aims to create autism awareness, she has written a book on the topic, The Golden Hat: Talking Back to Autism (2010). Time magazine named her one of the 100 most influential people in the world in 2009 and 2021. In 2012, she was appointed Commander of the Order of the British Empire (CBE). Divorced from film directors Jim Threapleton and Sam Mendes, Winslet has been married to businessman Edward Abel Smith since 2012. She has a child from each marriage.

Kate Elizabeth Winslet was born on 5 October 1975, in Reading, Berkshire, to Sally Anne (née Bridges) and Roger John Winslet. She is of British descent, and also has Irish ancestry on her father's side and Swedish ancestry on her mother's side. Her mother worked as a nanny and waitress, and her father, a struggling actor, took labouring jobs to support the family. Her maternal grandparents were both actors and ran the Reading Repertory Theatre Company. Winslet has two sisters, Anna and Beth, both of whom are actresses, and a younger brother, Joss. The family had limited financial means; they lived on free meal benefits and were supported by a charity named the Actors' Charitable Trust. When Winslet was ten, her father severely injured his foot in a boating accident and found it harder to work, leading to more financial hardships for the family. Winslet has said her parents always made them feel cared for and that they were a supportive family.

Winslet attended St Mary and All Saints' Church of England primary school. Living in a family of actors inspired her to pursue acting from a young age. She and her sisters participated in amateur stage shows at school and at a local youth theatre, named Foundations. When she was five, Winslet made her first stage appearance as Mary in her school's production of the Nativity. She describes herself as an overweight child; she was nicknamed "blubber" by her schoolmates and was bullied for the way she looked. She said she did not let this stop her. At eleven, Winslet was accepted into the Redroofs Theatre School in Maidenhead. The school also functioned as an agency and took students to London to audition for acting jobs. She appeared in a Sugar Puffs commercial and dubbed for foreign films. At school, she was made head girl, took part in productions of Alice's Adventures in Wonderland and The Lion, the Witch and the Wardrobe, and played the lead role of Wendy Darling in Peter Pan. She worked simultaneously with the Starmaker Theatre Company in Reading. She participated in over twenty of their stage productions, but was rarely selected as the lead due to her weight. Nonetheless, she played key roles as Miss Agatha Hannigan in Annie, the Mother Wolf in The Jungle Book, and Lena Marelli in Bugsy Malone.

In 1991, within two weeks of finishing her GCSE examinations, Winslet made her screen debut as one of the main cast members of the BBC science fiction television series Dark Season. Her part was that of Reet, a schoolgirl who helps her classmates fight against a sinister man distributing free computers to her school. She did not earn much from the job and, at age sixteen, lack of funds forced Winslet to leave Redroofs. To support herself, she worked at a delicatessen. In 1992, she had a small part in the television film Anglo-Saxon Attitudes, an adaptation of Angus Wilson's satirical novel. Winslet, who weighed 13 stone 3 pounds (84 kg; 185 lb) at the time, played the daughter of an obese woman in it. During filming, an off-hand comment from the director Diarmuid Lawrence about the likeness between her and the actress who played her mother prompted Winslet to lose weight. She next took on the role of the young daughter of a bankrupt self-made man (played by Ray Winstone) in the television sitcom Get Back (1992–1993). She also had a guest role in a 1993 episode of the medical drama series Casualty.