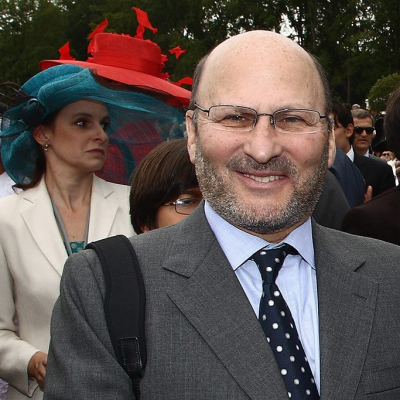 Gérard Paul Philippe Wertheimer (born 17 April 1951) is a French billionaire businessman based in New York City and Geneva, who owns Chanel in partnership with his brother, Alain.

Wertheimer was born to a Jewish family, the son of Jacques Wertheimer and Eliane Fischer. His grandfather, Pierre, co-founded the Chanel with Coco Chanel. The company is run by Alain Wertheimer who has presided over the acquisition of several non-Chanel brands, including Eres Lingerie, Tanner Krolle saddles and leather goods, and Holland & Holland, a British gunsmith. Based in France, the Wertheimer brothers own French vineyards including Château Rauzan-Ségla in Margaux and Château Canon in Saint-Emilion, both of which have won rave reviews from oenophiles. Both brothers are enthusiastic equestrians who also inherited and operate an important thoroughbred horse racing stable they call La Presle Farm and/or Wertheimer farm for racing in the United States and in France as Wertheimer et Frère partnership.

Wertheimer is married, with two children, and lives in New York City and Switzerland.

Gérard and his brother own vineyards in France and Napa Valley, California.