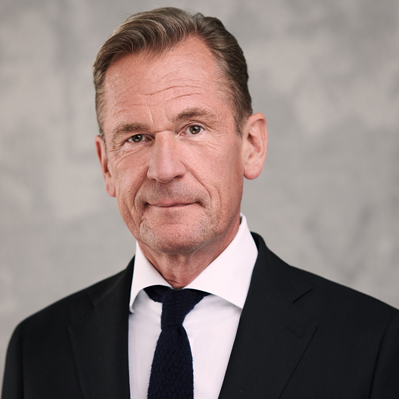 Mathias Döpfner is a German business executive and journalist, who is the CEO of media group Axel Springer SE and president of the Federation of German Newspaper Publishers (BDZV).

Döpfner grew up in Offenbach am Main. His mother was a housewife and his father Dieter C. Döpfner was a university professor of architecture, and director of the Offenbach College of Applied Arts from 1966 to 1970.

Döpfner began his career in 1982 as the music critic of the Frankfurter Allgemeine Zeitung supplement. After working as the FAZ correspondent in Brussels, Döpfner moved to Gruner + Jahr in 1992 – initially employed by board member Axel Ganz in Paris, later as assistant to the CEO Gerd Schulte-Hillen.

In March 1998, Döpfner became editor-in-chief of Axel Springer SE's national daily newspaper Die Welt. Under his leadership, the content and visual appearance of the paper was fundamentally revised. On February 26, 2008, Axel Springer announced that the Welt Group had generated a profit for the first time.

Döpfner became a member of the management board of Axel Springer SE and head of the newspaper division in 2000. He became CEO in 2002. A defining characteristic of his leadership continues to be a rigorous focus on digital transformation. Since the start of his tenure as CEO, revenues from digital activities increased from €117m to €2.5bn. EBITDA from digital went up from €-12 to €582m, accounting for 80 percent of the company's EBITDA. Worldwide digital audience expanded to more than 200 million users.

In 2020, Friede Springer designated Döpfner as her successor as she gifted, sold and transferred the right to vote her stake in the business to him. Under the arrangement, she sold a 4.1% stake to Döpfner and gifted 15% more, bringing his direct stake to 22%. She also transferred voting rights her remaining 22% in the business.

Axel Springer SE
Axel Springer SE is a German digital publishing house which is the largest in Europe, with numerous multimedia news brands, such as Bild, Die Welt, and Fakt and...
Person in rating
All