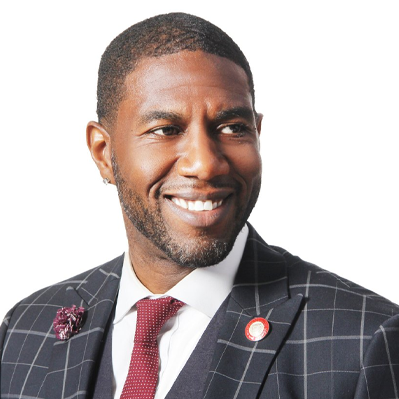 A member of the Democratic Party and a self-described democratic socialist, Williams served as Deputy Leader of the city council and chair of the Task Force on City Workforce Equity. A candidate for Lieutenant Governor of New York in 2018, he lost to incumbent Kathy Hochul. Williams was elected New York City Public Advocate in the 2019 special election to complete the term of Letitia James, who resigned to become Attorney General of New York. On November 16, 2021, Williams announced his intention to run for Governor in 2022.

Williams was elected after defeating incumbent Councilmember Kendall Stewart in the September 2009 Democratic primary by a margin of 12 points. Williams won the general election with an endorsement from the Working Families Party. He was easily reelected in 2013.

In June 2013, the New York City Council passed Williams's Community Safety Act, which established an Inspector General to oversee the New York Police Department (NYPD) and created an enforceable ban against bias-based profiling. The Act was passed over then-Mayor Michael Bloomberg's veto. Williams has been an outspoken opponent of the NYPD's approach to stop-and-frisk in New York City.

In July 2013, Williams introduced "house party" legislation requiring parties with 40 or more people in attendance to register with the police. He also wants event organizers who advertise on social media and those charging admission to pay fines.

On June 29, 2015, Mayor Bill de Blasio signed Williams's legislation, the Fair Chance Act, commonly known as Ban the Box. The law prohibits public and private employers from inquiring about an applicant's criminal history until a conditional offer of employment is made.

Williams resigned from office to become Public Advocate on March 19, 2019. He declined to back his former staffer, Farah Louis, to succeed him on the city council, instead endorsing Monique Chandler-Waterman. Despite this, Louis defeated Chandler-Waterman in the May special election.

Williams ran in the 2019 special election for New York City Public Advocate when Tish James vacated her seat to become New York state attorney general. The New York Times endorsed him in both his 2018 campaign for lieutenant governor and his 2019 campaign for public advocate. The Democratic Socialists of America endorsed him in 2018 but in 2019 did not endorse anyone for Public Advocate. The New York Daily News broke the story of his 2009 arrest in a domestic dispute, publishing records that had been sealed, which were used by rival candidates.

Nevertheless, in a crowded field with 18 other candidates, including former council speaker Melissa Mark-Viverito and state assemblyman Michael Blake, Williams won, with 33% of the vote to Mark-Viverito's 11% and Blake's 8%. Republican Eric Ulrich received 19%. In his post-election remarks Williams said that he would work with Mayor de Blasio. The race cost the city $17 million. He was certified and sworn into office on March 19, 2019.