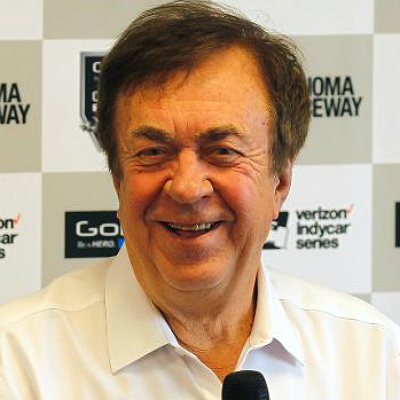 Position: Billionaire businessman, philanthropist, and the founder and owner of Menards

John Robert Menard Jr. was born on 22 January 1940, in Eau Claire, Wisconsin USA, to mother Rosemary, a Catholic grade school teacher and father John Menard Sr., a university math professor, of German, French-Canadian and Norwegian ancestry. Menard is an entrepreneur, the founder and owner of the chain of home improvement stores Menards. He is also a former owner of an Indycar racing team and a partner in Robby Gordon Motorsports.

A famous tycoon, how rich is John Menard? According to sources, Menard has established a net worth of over $9.1 billion, as of early 2016 – he has earned his wealth by operating the country’s third largest home improvement company. He is the wealthiest man in Wisconsin, the 68th richest person in the USA, and 136th richest in the world. Menard’s 11-room, one-story house has five bedrooms, three bathrooms and an assessed value of $425,000.

Menard was raised in Wisconsin along with his seven siblings, attending Eau Claire Regis High School. Around this time, his father left his teaching job and started to build a pole barn, taking his son to work there with the building crew during summer breaks to learn the business. Menard later enrolled in the University Wisconsin – Eau Claire. While at college, he and some of his college friends hired their own building crew and started to sell pole buildings near his family’s farm; during the days he was selling the buildings and during the nights he was working at a local movie theater. He graduated in 1963 earning his degree in business and a minor in psychology.

In 1972 Menard turned down a job at IBM, and opened his own hardware store called Menards. By offering the cheapest prices and working on Saturdays, opposing the competition, the business grew rapidly and Menard started to build his net worth.

In 1979 he made an investment in a $65,000 race car, making it a marketing vehicle for his business. Eventually, he built a racing team and began earning money by pushing the suppliers to buy a racing sponsorship. His team, called Team Menard, won the 1997 and 1999 Indy Racing League championships. Menard then opened an engine store in United Kingdom, producing engines for his racing team as well as for Robby Gordon Motorsports, becoming partner with the NASCAR owner Robby Gordon.

Menard’s home improvement business boosted, and by the end of the 80s he owned over 45 stores in five states. He expanded his company during the 90s by building a number of new stores, his annual sales being estimated at $1.7 billion. By 2006 he owned 211 stores and 37,000 employees, offering diverse product lines, which resulted in an estimated $6.5 billion in annual sales, reaching a record profit among competitors Home Depot and Lowe’s, with his net worth growing to $5.2 billion.

Today, Menard owns around 300 stores located in 14 states. His home improvement retailing company is the third largest company in the USA, which has enabled him to amass an incredible fortune and become one of the richest people in the USA.

However, Menard is reputed to owe $17.4 million in back taxes, and penalties as well as for illegally dumping company trash, including toxic waste, several times. He was even caught personally transporting the toxic ash to his home to dispose of it with his household trash.

When it comes to his personal life, Menard has married three times. He has two children from his first marriage, and with his second wife Paula Christine he has three children – their son is Paul C. Menard, a professional race car driver in the NASCAR Sprint Cup Series. Menard also has one out-of-wedlock daughter. He was engaged to an attorney Debbie Sands but in 2006 they broke off the engagement. Since 2008 he has been married to Fay Obiad.

Menard has been involved in a number of controversies and legal lawsuits. One of them is the lawsuit made by Tomisue Hilbert in 2011, claiming that Menard had pressured her to have sex with him, and that her rejection led him to remove her husband Steve Hilbert from the position of CEO of the private-equity funds they launched together in 2005. The lawsuit has caused a whole range of legal battles involving several people and companies. The case has not yet been resolved.

Menards
Menards is a chain of home improvement stores located in the Midwestern United States, owned by founder John Menard Jr. through his privately held company, Menard, Inc. The company, headquartered in...
Person in rating
All

BACK Adam
CEO of Blockstream
+ Add person
Press Releases
All