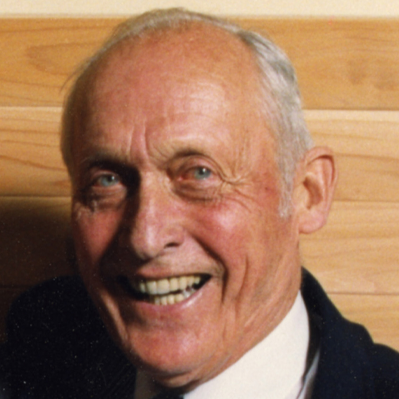 Age at the time of death: 88 years old

William Jay Bowerman was an American track and field coach and co-founder of Nike, Inc. Over his career, he trained 31 Olympic athletes, 51 All-Americans, 12 American record-holders, 22 NCAA champions and 16 sub-4 minute milers. He disliked being called a coach and during his 24 years at the University of Oregon, the Ducks track and field team had a winning season every season but one, attained 4 NCAA titles, and finished in the top 10 in the nation 16 times. As co-founder of Nike, he invented some of their top brands, including the Cortez and Waffle Racer, and assisted in the company moving from being a distributor of other shoe brands to one creating their own shoes in house.

Bill Bowerman was born in Portland, Oregon. His father was former Governor of Oregon Jay Bowerman; his mother, Elizabeth Hoover Bowerman, had grown up in Fossil. The family returned to Fossil after the parents divorced in 1913. Bowerman had an older brother and sister, Dan and Mary Elizabeth "Beth"; and a twin brother, Thomas, who died in an elevator accident when he was 2 years old.

Bowerman attended Medford and Seattle schools before returning to Medford for high school. He played in the high school band and for the state champion football team his junior and senior years. Bowerman first met Barbara Young, the woman he married, while a high school student in Medford.

In 1929, Bowerman attended the University of Oregon to play football and study journalism. At the suggestion of longtime track coach Bill Hayward, he also joined the track team. He was a member of Beta Theta Pi Fraternity. After graduating he taught biology and coached football at Franklin High School in Portland in 1934. In 1935, Bowerman moved back to Medford to teach and coach football during which won a state title in 1940.

According to Otis Davis, a student athlete who Bowerman coached at the University of Oregon, who later went on to win two gold medals at the 1960 Summer Olympics, he was one of the guinea pigs for whom Bowerman customized shoes prior to being a cofounder of Nike. Davis states ‘I didn't like the way they felt on my feet. There was no support and they were too tight. But I saw Bowerman make them from the waffle iron, and they were mine."

In 1964, Bowerman entered into a handshake agreement with Phil Knight, who had been a miler under him in the 1950s, to start an athletic footwear distribution company called Blue Ribbon Sports, later known as Nike, Inc. Knight managed the business end of the partnership, while Bowerman experimented with improvements in athletic footwear design. Bowerman stayed in Eugene, keeping his coaching job at the University of Oregon, while Knight operated the main office from Portland. Bowerman and Knight initially began importing the Onitsuka Tiger running shoes from Japan to sell in the United States. Initially, the partnership was 50-50, but shortly afterwards Bowerman wanted it changed to 51-49, with Knight having the higher ownership. He did this to avoid potential gridlock and have one of them be in charge of final decisions.

Bowerman's design ideas led to the creation of a running shoe in 1966 that was ultimately named "Nike Cortez" in 1968, which quickly became a top-seller and remains one of Nike's most iconic footwear designs. Bowerman designed several Nike shoes, but is best known for ruining his wife's Belgian waffle iron in 1970 or 1971, experimenting with the idea of using waffle-ironed rubber to create a new sole for footwear that would grip but be lightweight. Bowerman's design inspiration led to the introduction of the so-called "Moon Shoe" in 1972, so named because the waffle tread was said to resemble the footprints left by astronauts on the moon. Further refinement resulted in the "Waffle Trainer" in 1974, which helped fuel the explosive growth of Blue Ribbon Sports/Nike. While Bowerman was experimenting with shoe design, he worked in a small, unventilated space, using glue and solvents with toxic components that caused him severe nerve damage. The nerve damage to his lower legs left him with significant mobility problems; as Kenny Moore notes in his book Bowerman and the Men of Oregon, Bowerman had rendered himself unable to run in the shoes that he had given the world.

Bowerman was obsessed with shaving weight off his athletes' running shoes. He believed that custom-made shoes would weigh less on the feet of his runners and cut down on blisters, as well as reduce the overall drag on their energy for every ounce he could remove from the shoe. By his estimation, removing one ounce (28 g) from a shoe, based on a six-foot gait for a runner, would translate in a reduction of 55 pounds (25 kg) of lift over a one-mile (1.6 km) span.

Bowerman reduced his role with the company in the late 1970s and began passing down his stake in the company to other employees shortly before the IPO launched. 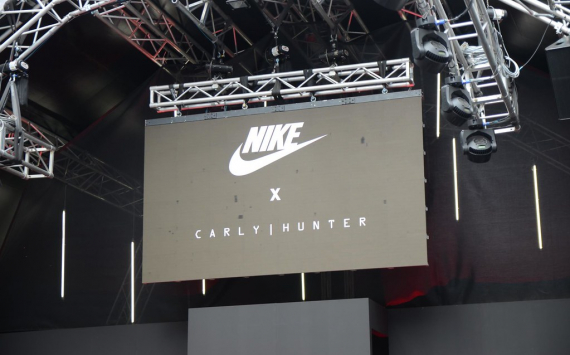 Nike, Inc.
Nike, Inc. is an American multinational corporation that is engaged in the design, development, manufacturing, and worldwide marketing and sales of footwear, apparel, equipment, accessories,...
Person in rating
All