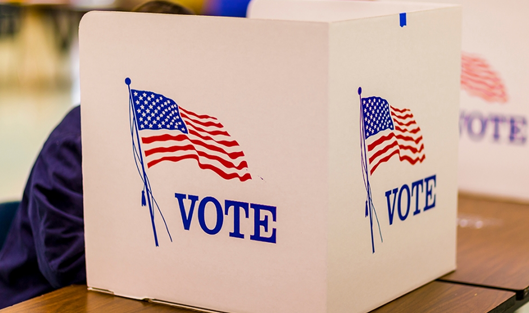 The United States stock market grew after the presidential election

The market reacted to the results of the majority vote counting in the November 3 elections. However, the final results have not yet been announced, as due to the record high turnout and the high proportion of pre-counting and mailing of ballots (around 68%), counting has been delayed.

According to the latest figures, Joe Biden garnered 264 votes while Donald Trump 214, but 270 votes are needed to win the election by the Electoral College, which consists of 538 voters from fifty states and Washington DC.

Trump has only gained a majority in the two states with the highest share of votes.

Although not all of the votes were counted on the night of 3-4 November, Donald Trump tried to declare his victory and stated that the vote by mail would be rigged. The 45th US President said that he intended to appeal to the country's Supreme Court.

Trump has filed a lawsuit with the courts demanding a recount of the ballots in the states where Biden won the majority of votes.

Officials have already warned that court proceedings may delay the official announcement of the winner. At the same time, experts see uncertainty and delay in announcing the election results as negative for financial markets and a cause for volatility. By staking on growth, they advocate a final and rapid resolution of the presidential race, which will clear the way for the passage of the bill on the stimulus package for economic recovery.

Shares of major pharmaceutical companies Pfizer (PFE), Merck  (MRK) and Johnson & Johnson (JNJ) have also increased as a potential split in Congress is likely to protect the industry from major reforms.

Both US presidential candidates still have a chance of winning, but Trump called on Americans to vote at the polls and the votes have already been counted, while Biden, on the other hand, said that in the context of the pandemic it is better to vote by mail and the votes are still being counted.