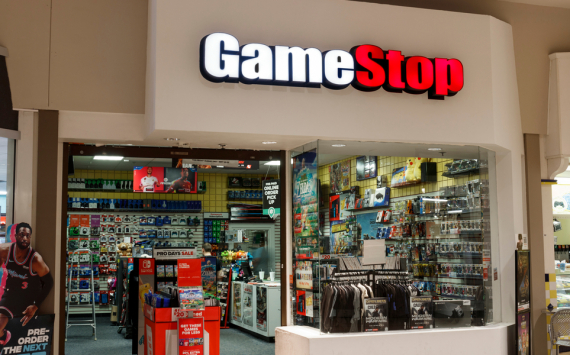 GameStop (GME) shares, which had become very popular on the back of their explosive speculative rise earlier in the year, fell 8.75% in after-hours trading on Wednesday after the company released its second quarter report.

Market analysts have previously pointed out that the current share price is not justified by GameStop's fundamentals or its growth prospects.

GameStop's share price has risen almost 10 times since the beginning of the year, but the last week has seen a downward trend in the company's shares.

GameStop, with a market capitalisation of $15bn, has announced to its investors that it is switching its current business model of selling video games on media and consoles in its chain of shops to electronic sales and delivery. GameStop's competitiveness is low, given that the company does not sell mobile games, a category that is expected to generate more annual global revenue this year than console and PC games combined, according to industry tracker Newzoo BV estimates.

GameStop's financial report for the second quarter of 2021

The company reported growth in the hardware, software and collectibles categories.

To improve its online order delivery service, GameStop announced it had signed a lease agreement for a large distribution centre in Nevada.

GameStop management did not provide financial forecasts for the next quarter or details on its strategy to increase sales and market share, nor did it respond to questions during the conference call for the report.