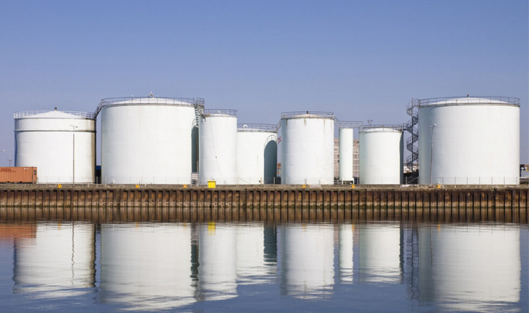 the oil storage facility is being re-filled

The oil reservoirs in America's most important crude oil storage facility, Cushing, are being filled to the brim again, Bloomberg reports. The reserves are approaching critical levels reached in the spring of this year after the collapse of prices.

According to recent data, Cushing's reserves, where WTI futures contracts supply oil, were 61.6 million barrels, or about 81% of the total capacity. This was 3.8 million barrels less than the May peak.

Due to congestion in oil storage facilities, this spring the futures market faced negative prices for the first time in history for the nearest WTI contracts. A repeat of this situation is not to be expected, but the upward trend in reserves may have a negative impact on quotations.

Growing oversupply may soon force traders to store oil in any accessible location, including ships and pipelines.

The potential for continued growth in crude oil reserves in the USA could start to put pressure on the quotes of nearby WTI contracts. The result will be an increase in containment when near-term futures are cheaper than contracts with a later delivery date.

The situation is exacerbated by the high rate of COVID-19 spread and new restrictive measures being introduced in a number of states. This hits the demand for petroleum products, and consequently the demand of refineries for crude oil is decreasing, causing an increase in excess reserves.

In addition, production is beginning to recover after the hurricane season in the USA, which also threatens to continue filling oil storage facilities. At the same time, drilling activity in the country has been increasing for eight consecutive weeks and the number of wells drilled but not completed (DUC) is decreasing.

As a result, the spread between the exchange value of Brent and WTI futures has gradually increased. In recent months, the difference between them has been around $1-3, but may gradually increase in the medium term. Thus, in April the spread rose above $8. This point can be recouped by buying North Sea Brent blend contracts with a commensurate shortship from American WTI.