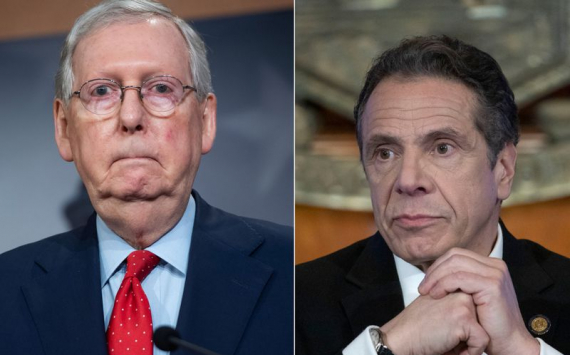 Gov. Cuomo has a bone to pick with the Senate’s grim reaper.

The governor shredded Senate Majority Leader Mitch McConnell on Thursday as heartless and plain “dumb” for suggesting that New York and other coronavirus-ravaged states should go bankrupt instead of receiving federal bailouts.

“You will see a collapse of this national economy. So just dumb, vicious,” Cuomo said of the Kentucky Republican’s bankruptcy blather during his daily COVID-19 briefing from Albany.

McConnell — who proudly calls himself the “grim reaper” of the Senate because of his penchant for blocking Democratic legislation — made the crude proposal in a radio interview Wednesday, saying no one on his side of the aisle has “a desire” to “bail out” hard-hit states "by borrowing money from future generations.”

Cuomo was particularly irked by McConnell’s decision to have his office release a transcript of the interview that put his bailout comments under a subhead that read “On Stopping Blue State Bailouts.”

“How ugly a thought, I mean just think of what he’s saying: ‘People died — 15,000 people died in New York, but they were predominantly Democrats so why should we help them?’ For crying out loud, if there was ever a time for you to put aside your pettiness and partisanship.” - Cuomo said.

A McConnell spokesman did not return a request for comment.

Cuomo questioned the entire premise of McConnell’s bankruptcy parlay by noting that, contrary to New York, the Republican’s home state takes out more cash from federal budgets than it contributes.

Only cities and local municipalities can currently file for bankruptcy.

Instead of allocating more federal aid, McConnell said in the Wednesday interview that he’d be open to tweaking Chapter 9 laws so that states can also declare bankruptcy.

If McConnell gets his way, Cuomo said the people on the front-lines of the battle against the virus will pay the price.

“State and local governments fund police and fire departments and teachers and schools. How do you not fund police, fire and schools in the midst of this crisis?” Cuomo said.

"When you talk about funding for state and local governments, it’s not in the abstract — it’s what prevents the layoffs across New York and the country of police officers, bus drivers, firefighters, teachers, sanitation workers and in many cases hospital and other health care workers as well,” - Schumer (D-N.Y.) said.

New York governments are likely to face $15 billion revenue shortfalls because of the pandemic, according to state officials.

Cuomo has pleaded with Congress for a bailout to cover those budget holes for weeks, saying the state aid provided so far amounts to a drop in the bucket.

But McConnell and his Senate majority have rebuffed the requests so far.

Congress is working on another economic stimulus package that Democrats say must include more resources for states.

However, asked what he thinks of McConnell’s comments during a White House briefing on Thursday evening, Trump sounded less committal.

“There are different ways of helping states and some ways are better than others, so we are looking,” Trump said.

Democrats are likely to press Trump to not renege on his support for bailouts as they try to twist McConnell’s arm.

“The grim reaper is telling my state and others to drop dead, Well, I have a message for you: We’re going to fight you.” -  New York Rep. Tom Suozzi said during a speech from the House floor Thursday afternoon. 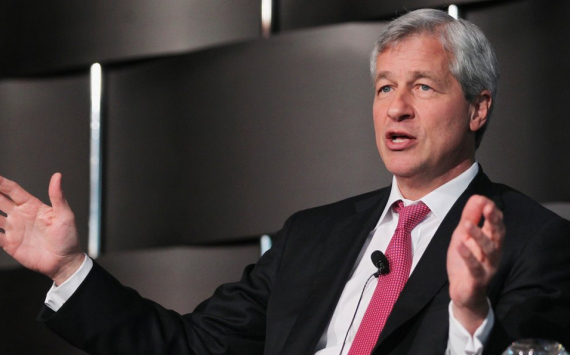 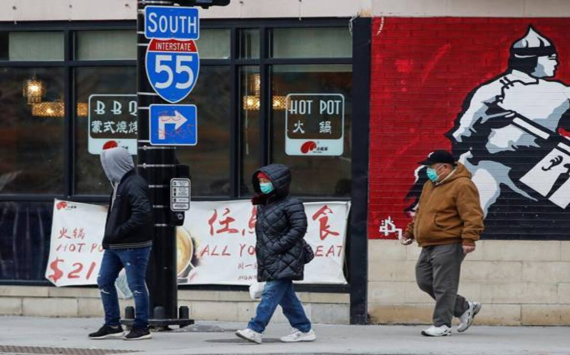 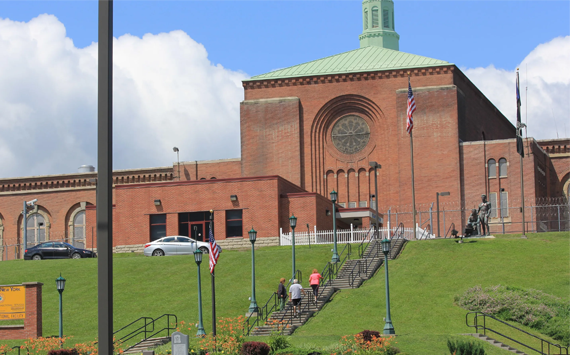