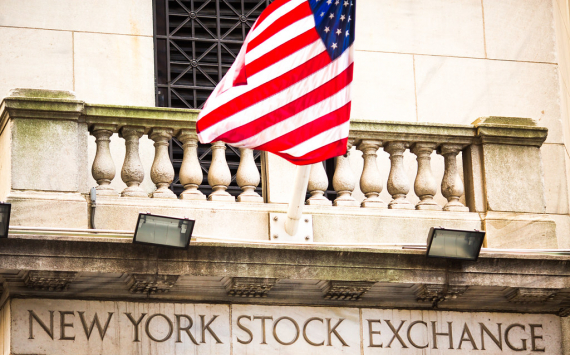 US stock indices on Tuesday

The S&P 500 and Nasdaq Composite oscillated between losses and gains, while the Dow Jones Industrial Average jumped, led by Amgen, after the biotech giant announced a $6 billion share buyback.

In news of the shakeout, Peloton suspended CEO John Foley amid turmoil at the company.

He will move to the role of executive chairman, to be replaced by Barry McCarthy. The company has also cut its revenue forecast to $3.8bn from $4.8bn. In addition, the cycling giant will cut 2,800 jobs.

The company has been rumoured to be a takeover target in recent days, with multiple reports suggesting it has up to five possible suitors, including Amazon, Nike, Apple, Disney and Sony. In other deal news, Nvidia and ARM SoftBank have cancelled their record $80 billion merger, citing "serious regulatory concerns". GlobalNY.biz wrote about this today.

Facebook is also in the spotlight after board member Peter Thiel announced he plans to step down.

As for earnings news, Pfizer shares fell after the company forecast sales of its COVID-19 vaccine to be around $32 billion, slightly below estimates.

On the economic front, keep a close eye on Thursday's consumer price report as it is expected to rise to 7.3% versus 7% in December.