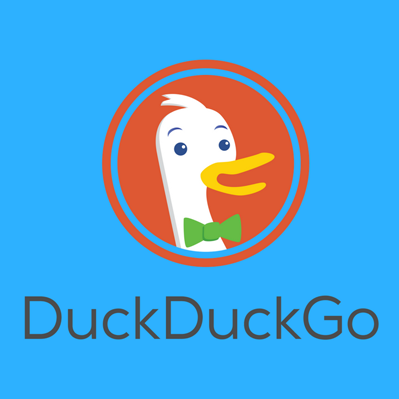 DuckDuckGo (also abbreviated as DDG) is an internet search engine that emphasizes protecting searchers' privacy and avoiding the filter bubble of personalized search results. DuckDuckGo distinguishes itself from other search engines by not profiling its users and by showing all users the same search results for a given search term.

The company is based in Paoli, Pennsylvania, in Greater Philadelphia and has 116 employees as of November 2020. The company name is a reference to the children's game duck, duck, goose.

DuckDuckGo was founded by Gabriel Weinberg on February 29, 2008, in Valley Forge, Pennsylvania. Weinberg is an entrepreneur who previously launched Names Database, a now-defunct social network. Initially self-funded by Weinberg, DuckDuckGo is advertising-supported, but the user has the option to disable ads. The search engine is written in Perl and runs on nginx, FreeBSD, and Linux. DuckDuckGo is built primarily upon search APIs from various vendors. Because of this, TechCrunch characterized the service as a "hybrid" search engine. Weinberg explained the beginnings of the name with respect to the children's game duck, duck, goose. He said of the origin of the name: "Really it just popped in my head one day and I just liked it. It is certainly influenced/derived from duck duck goose, but other than that there is no relation, e.g., a metaphor." DuckDuckGo was featured on TechCrunch's Elevator Pitch Friday in 2008, and it was a finalist in the 2008 BOSS Mashable Challenge.

In July 2010, Weinberg started a DuckDuckGo community website (duck.co) to allow the public to report problems, discuss means of spreading the use of the search engine, request features, and discuss open sourcing the code. The company registered the domain name ddg.gg on February 22, 2011, and acquired duck.com in December 2018, which are used as shortened URL aliases that redirect to duckduckgo.com.

We didn't invest in it because we thought it would beat Google. We invested in it because there is a need for a private search engine. We did it for the Internet anarchists, people that hang out on Reddit and Hacker News.