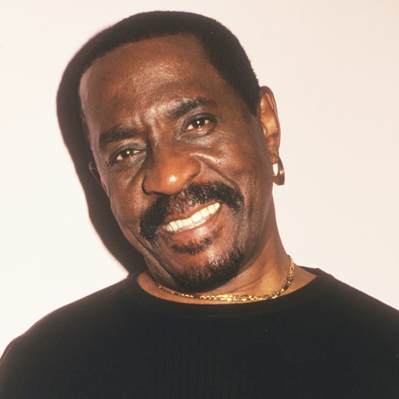 Age at the time of death: 76 years old

Izear Luster "Ike" Turner Jr. was an American musician, bandleader, songwriter, arranger, talent scout, and record producer. An early pioneer of 1950s rock and roll, he is best known for his work in the 1960s and 1970s with his then-wife Tina Turner as the leader of the Ike & Tina Turner Revue.

A native of Clarksdale, Mississippi, Turner began playing piano and guitar as a child and then formed the Kings of Rhythm as a teenager. His first recording, "Rocket 88" (credited to Jackie Brenston and his Delta Cats), is considered a contender for the distinction of first rock and roll song. During the 1950s, Turner also worked as a talent scout and producer for Sun Records and Modern Records. He was instrumental in the early careers of various blues musicians such as B.B. King, Howlin' Wolf, and Bobby "Blue" Bland. In 1954, Turner relocated to East St. Louis where his Kings of Rhythm became one of the most renowned acts in Greater St. Louis. He later formed the Ike & Tina Turner Revue in 1960, which over the course of the decade became a soul/rock crossover success.

Turner's cocaine addiction and legal troubles, together with accounts by Tina Turner of domestic violence (published in her 1986 autobiography I, Tina and the 1993 film adaptation What's Love Got to Do with It), impacted his career in the 1980s and 1990s. Addicted to cocaine for at least 15 years, Turner was convicted of drug offenses and served 18 months in prison. After his release in 1991, he remained drug-free until he relapsed in 2004, which was the cause of his death in 2007. During the last decade of Turner's life, he revived his career as a frontman by returning to his blues roots. He released two award-winning albums, Here and Now and Risin with the Blues.

Hailed as a "great innovator" of rock and roll by contemporaries such as Little Richard and Johnny Otis, Turner received critical acclaim as well. Rolling Stone magazine editor David Fricke ranked Turner No. 61 on his list of 100 Greatest Guitarists and noted, "Turner was one of the first guitarists to successfully transplant the intensity of the blues into more-commercial music." Turner won five Grammy Awards, including two competitive awards and three Grammy Hall of Fame Awards. He was inducted into the Rock and Roll Hall of Fame with Tina Turner in 1991. He is also inducted into the St. Louis Walk of Fame, the Clarksdale Walk of Fame, the Mississippi Musicians Hall of Fame, the Blues Hall of Fame, and the Rhythm & Blues Hall of Fame.