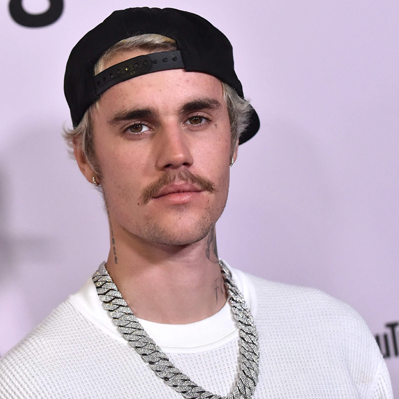 Justin Drew Bieber  is a Canadian singer. He was discovered by American record executive Scooter Braun and signed with RBMG Records in 2008, gaining recognition with the release of his debut seven-track EP My World (2009) and soon establishing himself as a teen idol.

Bieber achieved commercial success with his debut studio album, My World 2.0 (2010), which debuted atop the Billboard 200, making him the youngest solo male act to top the chart in 47 years. The album also contained the internationally successful single "Baby", which became one of the highest certified singles of all time in the US. His second studio album, Under the Mistletoe (2011), became the first Christmas album by a male artist to debut at number one on the Billboard 200. His third studio album, Believe (2012), saw him experiment with dance-pop and mature themes. Following Believe, Bieber was involved in various controversies and legal issues between 2013 and 2014, which had a drastic impact on his public image.

Bieber's fourth studio album, Purpose, was released in 2015. It was preceded by "Where Are Ü Now", a collaboration with Jack Ü, which saw Bieber explore EDM, and win the Grammy Award for Best Dance Recording. Purpose embodied a multi-genre production and produced three U.S. number-one singles: "What Do You Mean?", "Love Yourself", and "Sorry". Bieber diversified on numerous collaborations between 2016 and 2017 including DJ Khaled's "I'm the One", which became his first number-one single in hip hop. A week later, he released his remix to Luis Fonsi and Daddy Yankee's "Despacito", claiming his first number-one single in Latin. It tied the then-record for most weeks atop the Billboard Hot 100 and made Bieber the first artist in history to chart new number-one singles in consecutive weeks. In 2019, he released a country collaboration with Dan + Shay, "10,000 Hours", for which he won the Grammy Award for Best Country Duo/Group Performance.

His fifth studio album, Changes (2020), saw Bieber employ a R&B-centric direction. The album debuted atop the Billboard 200, making him the youngest solo artist to have seven albums reach number one in the U.S., breaking a 59-year-old record held by Elvis Presley. In May 2020, Bieber released a duet with Ariana Grande, "Stuck with U", which reached number one and helped support first responders during the COVID-19 pandemic. His sixth studio album, Justice (2021), produced the number-one single "Peaches". In July 2021, Bieber released a collaboration with the Kid Laroi, "Stay", which became his eighth number-one single in the U.S.

Bieber is one of the best-selling music artists of all time, with estimated sales of over 150 million records worldwide. He is credited with three Diamond certifications from the RIAA for "Baby", "Sorry" and "Despacito". He has received numerous accolades, including two Grammy Awards, 31 Guinness World Records, a record 21 MTV Europe Music Awards, 23 Teen Choice Awards, 20 Billboard Music Awards, 18 American Music Awards, two Brit Awards, six MTV Video Music Awards, and a Latin Grammy Award. Time named Bieber one of the 100 most influential people in the world in 2011, and he was included on Forbes' list of the top ten most powerful celebrities in 2011, 2012, and 2013. Outside of his music career, he also starred in the concert films Justin Bieber: Never Say Never (2011) and Justin Bieber's Believe (2013), while his personal issues were chronicled in the documentary series Justin Bieber: Seasons (2020).

Bieber was born on March 1, 1994, at St Joseph's Hospital in London, Ontario, and was raised in Stratford, Ontario. He is the son of Jeremy Jack Bieber and Pattie Mallette, who were never married. Mallette's mother Diane and stepfather Bruce helped her raise her son. Bieber's ancestry includes French-Canadian, Irish, English, Scottish, and German.

Through his father Jeremy, Bieber has three younger half-siblings. Jeremy and his ex-wife Erin Wagner, who broke up in 2014 after seven years together, have two children, daughter Jazmyn and son Jaxon. Jeremy married his girlfriend Chelsey in February 2018, and they have a daughter named Bay. Bieber also has a stepsister named Allie, the daughter of his stepmother. Pattie worked a series of low-paying office jobs, raising Bieber as a single mother in low-income housing. Bieber has maintained contact with his father.

Bieber attended a French-language immersion elementary school in Stratford, the Jeanne Sauvé Catholic School. Growing up, he learned to play the piano, drums, guitar, and trumpet. He graduated from high school in Stratford, Ontario, the St. Michael Catholic Secondary School in 2012 with a 4.0 GPA. In early 2007, aged 12, Bieber sang Ne-Yo's "So Sick" for a local singing competition in Stratford and was placed second. Mallette posted a video of the performance on YouTube for their family and friends to see. She continued to upload videos of Bieber singing covers of various R&B songs, and Bieber's popularity on the site grew. In the same year, Bieber busked shows in front of Avon Theatre steps with a rented guitar during tourism season. 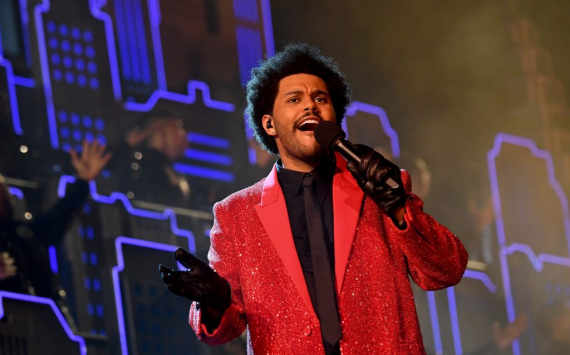 MTV Video Music Awards 2021: Performer of the year and best music video of the year
Business
2928
View all