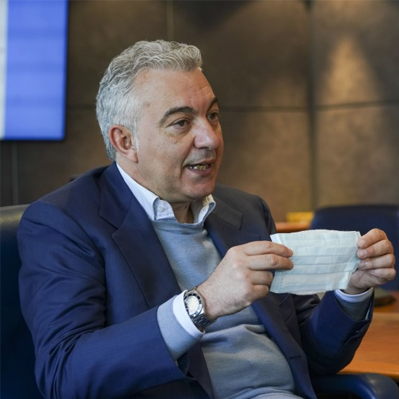 Position: Extraordinary Commissioner for the Implementation of Health Measures to Contain the COVID-19 pandemic

Domenico Arcuri  is an Italian manager. In March 2020, he was appointed by Prime Minister Giuseppe Conte, Extraordinary Commissioner for the Implementation of Health Measures to Contain the COVID-19 pandemic, one of the most influential role during the emergency.

Following his graduation, Arcuri started working at Institute for Industrial Reconstruction (IRI), where he held management roles in various companies belonging to the group, becoming particularly skilled in telecommunications and radio and television sectors. In 1992, he joined Pars, a joint venture between Arthur Andersen and General Electric Company, which operated in the high-tech consulting sector, of which he became CEO after only two years.

In 2004, Arcuri became CEO of "Deloitte Consulting", the Italian branch of Deloitte, active in the field of business consulting; while in 2007, he was appointed CEO of Invitalia, a state-owned company focused on the development of the production system, territorial cohesion and reindustrialisation of former industrial areas.

On 16 March 2020, Prime Minister Giuseppe Conte appointed Arcuri as Extraordinary Commissioner for the Implementation and Coordination of the Measures to Contain and Combat the Epidemiological Emergency COVID-19.

As Commissioner he also organized the vaccination campaign, which started on 27 December 2020. 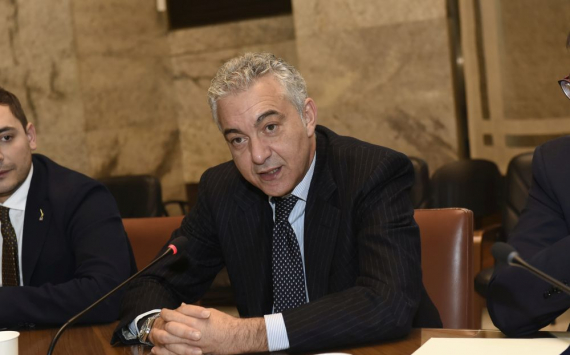 Jet Edge
4 Persons
GlobalNY.biz pays special attention to the activities of famous people: politicians, officials, businessmen, bankers, cultural and sports figures. Their opinion largely determines the development of political, social and economic life in New York. The section is constantly edited by our journalists for the relevance of information. Here you can find information about CEOs and presidents of top New York companies, officials and public figures who play a key role in the development of the region.
The goal of the project is to create a comfortable information space for all market actors, as well as to acquaint the readership with business people in New York.
We have created an impressive database of people in New York, which contains information about a career path, education and other important information about a person.
Thanks to automatic counting of the number of mentions of a person in the news sections " New York News ”and“ New York Press Releases ”on the portal the rating of popularity and influence of persons is formed. The GlobalNY.biz team monitors rating changes and rewards project participants for their success. In general, the rating of participants is based on an in-depth analysis of the activity of PR services of famous people, and also reflects the qualitative state of the information field formed by the media and press services around the organization.
Business People of New York is a project about people who, through their ideas, words and deeds, have a great influence on the development and prosperity of New York.
Alena Potapova
Development Director
Subscribe to the person
Press Releases
All