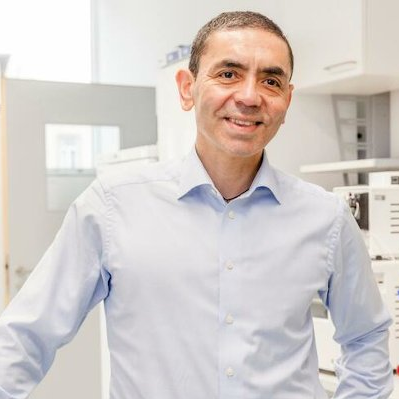 Ugur Sahin is a German oncologist and entrepreneur. His main fields of research are cancer research and immunology. He has been Professor of Experimental Oncology at the III Medical Clinic of the University of Mainz since 2006, and chairman of the board and CEO of BioNTech SE since 2008, a company that he co-founded with his wife, Özlem Türeci. Sahin is considered one of the leading COVID-19 vaccine developers.

Ugur Sahin was born on September 29, 1965 in İskenderun, Hatay. He moved with his mother from Turkey to Germany at the age of four to live with his father, who worked in Cologne's Ford factories. Besides soccer, he was interested in popular science books, which he borrowed from the Catholic church library. He graduated from the Erich-Kästner-Gymnasium in Cologne-Niehl in 1984, the first Turkish guest worker child at the school. He took advanced courses in mathematics and chemistry.

Sahin met his future wife, Özlem Türeci, during his work at the Saarland University Hospital in Homburg, where Türeci completed her last year of studies. The couple married in 2002; they have one daughter.

He and his spouse are among the hundred wealthiest people in Germany. As of 2020, Forbes estimated his net worth at $5.2 billion USD.

Sahin works on identifying and characterizing new target molecules (antigens) for the immunotherapy of cancer tumors, e.g. breast cancer, prostate cancer, lung cancer, and other dangerous cancers. The aim is to develop a cancer vaccine based on ribonucleic acid (RNA), a messenger substance with genetic information that triggers a corresponding reaction of the immune system, leading to the inhibition and regression of tumors. These RNA vaccines do not cause a permanent genetic change in the genetic material of the cells. However, they are, in simple terms, dissolved again after "single-use" to form a protein. One problem is to develop a genetic engineering process so that these vaccines trigger a direct and targeted response from the immune system after injection. In developing such optimized RNA chains, Ugur Sahin and its research team have achieved remarkable success in recent years.

Sahin sees himself as an immune engineer who tries to use the body's antiviral mechanisms to treat, for example, cancer when the immune system is otherwise unable to fight it. He sees his vision in guiding the immune system to "protect us from or alleviate certain diseases." 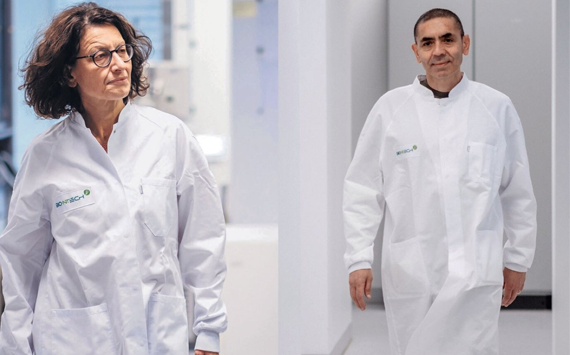 BioNTech head made a failure vaccine supply
Right now it does not look rosy. There is a gap due to lack of other approved vaccines and we have to fill it with our own product
View all

BioNTech
BioNTech is a German biotechnology company dedicated to the development and manufacture of active immunotherapies for a patient-specific approach to the...
Person in rating
All