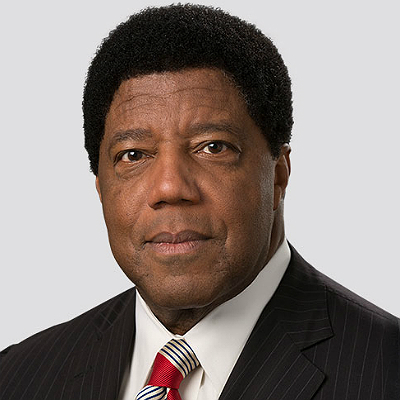 Chief executive officer Lloyd Dean was born in Alabama on June 24,1950 to Susie Tripp Dean, a homemaker, and Floyd Dean, Sr., a foundry worker. Dean grew up in Muskegon, Michigan. In 1969, he enrolled at Western Michigan University in Kalamazoo, Michigan, where he earned his B.S. degree in sociology, and his and M.A. degree in education. Dean then went on to graduate from Pennsylvania State University's Executive Management program.

Between 1972 and 1978, Dean worked as a junior high school teacher and paralegal assistant. He taught communications courses at Western Michigan University, and served as a news anchor for WOTV in Battle Creek, Michigan. In 1978, he met a pharmaceutical executive named Lawrence Hoff, who recruited him to work at his company, Upjohn. Dean worked at Upjohn Company, where he rose from assistant regional manager in the health care services division to Executive Vice President of Marketing and Operations, until 1990. He then moved to Illinois, where he worked at Consumer Health Service, EHS Healthcare, and Advocate Healthcare. In 2000, he was recruited to join Catholic Healthcare West, now known as Dignity Health, where he served as president and chief executive officer.

Dean served on the boards of Wells Fargo & Company, McDonald's Corp., Navigant Consulting Inc, and Cytori Therapeutics, Inc.. He was also the board chair for the Committee on JOBS, an organization that brings employment to the San Francisco Bay area.

Dean has been a strong supporter of the Affordable Care Act. He was a 2014 recipient of the CEO Humanitarian of the Year Award from the American Red Cross Bay Area Chapter. In 2014, Dean was also named among the Top 25 Minority Executives in Healthcare by Modern Healthcare. He was recognized by the San Francisco Business Times for Excellence in Leadership and received multiple awards from 100 Black Men of the Bay Area, Inc. Dean also received an honorary doctorate of humane letters from the University of San Francisco.

Dean lives in Half Moon Bay, California with his wife, Suzanne Dean. They have two children, Nathan and Nicole.

CommonSpirit Health
CommonSpirit Health is the largest Catholic health system, and the second-largest nonprofit hospital chain, in the United States. It operates more than 700 care sites and 142 hospitals in 21 states.Founded,...
Person in rating
All