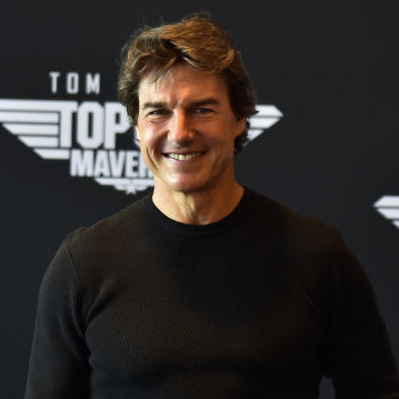 Thomas Cruise Mapother IV (born July 3, 1962), better known as Tom Cruise, is an American actor and producer. One of the world's highest-paid actors, he has received various accolades, including an Honorary Palme d'Or and three Golden Globe Awards, in addition to nominations for three Academy Awards and a British Academy Film Award. His films have grossed over $4 billion in North America and over $10.1 billion worldwide, making him one of the highest-grossing box office stars of all time.

Cruise began acting in the early 1980s and made his breakthrough with leading roles in the comedy film Risky Business (1983) and action film Top Gun (1986). Critical acclaim came with his roles in the dramas The Color of Money (1986), Rain Man (1988), and Born on the Fourth of July (1989). For his portrayal of Ron Kovic in the latter, he won a Golden Globe Award and received a nomination for the Academy Award for Best Actor. As a leading Hollywood star in the 1990s, he starred in several commercially successful films, including the drama A Few Good Men (1992), the thriller The Firm (1993), the horror film Interview with the Vampire (1994), and the romance Jerry Maguire (1996). For his role in the latter, he won a Golden Globe Award for Best Actor and received his second Academy Award nomination.

Cruise has been married to actresses Mimi Rogers, Nicole Kidman, and Katie Holmes. He has three children, two of whom were adopted during his marriage to Kidman and the other of whom is a biological daughter he had with Holmes. Cruise is an outspoken advocate for the Church of Scientology, which he credits with helping him overcome dyslexia. In the 2000s, he sparked controversy with his Scientology-affiliated criticisms of psychiatry and anti-depressant drugs, his efforts to promote Scientology in Europe, and a leaked video interview of him promoting Scientology.

Cruise was born on July 3, 1962, in Syracuse, New York, to electrical engineer Thomas Cruise Mapother III (1934–1984) and special education teacher Mary Lee (née Pfeiffer; 1936–2017). His parents were both from Louisville, Kentucky, and had English, German, and Irish ancestry. Cruise has three sisters named Lee Anne, Marian, and Cass. One of his cousins, William Mapother, is also an actor who has appeared alongside Cruise in five films. Cruise grew up in near poverty and had a Catholic upbringing. He later described his father as "a merchant of chaos", a "bully", and a "coward" who beat his children. He elaborated, "[My father] was the kind of person where, if something goes wrong, they kick you. It was a great lesson in my life—how he'd lull you in, make you feel safe and then, bang! For me, it was like, 'There's something wrong with this guy. Don't trust him. Be careful around him.'"

In total, Cruise attended 15 schools in 14 years. Cruise spent part of his childhood in Canada; when his father took a job as a defense consultant with the Canadian Armed Forces, his family moved in late 1971 to Beacon Hill, Ottawa. He attended the new Robert Hopkins Public School for his fourth and fifth grade education. He first became involved in drama in fourth grade, under drama teacher George Steinburg. He and six other boys put on an improvised play to music called IT at the Carleton Elementary School drama festival. Drama organizer Val Wright was in the audience and later said that "the movement and improvisation were excellent ... a classic ensemble piece." In sixth grade, Cruise went to Henry Munro Middle School in Ottawa. That year, his mother left his father, taking Cruise and his sisters back to the United States. In 1978, she married Jack South. Cruise's biological father died of cancer in 1984. Cruise briefly took a Catholic Church scholarship and attended the St. Francis Seminary in Cincinnati, Ohio; he aspired to become a Franciscan priest before being expelled from the seminary for drinking and becoming interested in acting.  In his senior year of high school, he played football for the varsity team as a linebacker, but was cut from the squad after getting caught drinking beer before a game. He went on to star in the school's production of Guys and Dolls. In 1980, he graduated from Glen Ridge High School in Glen Ridge, New Jersey.