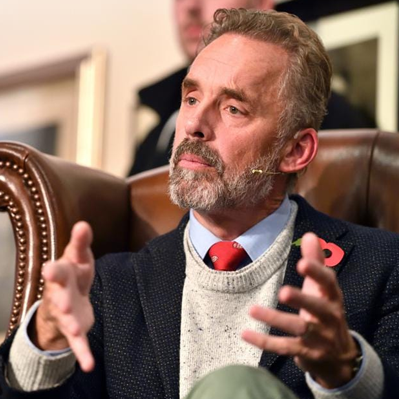 Jordan Bernt Peterson is a Canadian media personality, clinical psychologist, author, and professor emeritus at the University of Toronto. He began to receive widespread attention as a public intellectual in the late 2010s for his views on cultural and political issues, often described as conservative. Peterson has described himself as a classic British liberal and a traditionalist.

Born and raised in Alberta, Peterson obtained bachelor's degrees in political science and psychology from the University of Alberta and a PhD in clinical psychology from McGill University. After researching and teaching at Harvard University, he returned to Canada in 1998 to permanently join the faculty of psychology at the University of Toronto. In 1999, he published his first book, Maps of Meaning: The Architecture of Belief, which became the basis for many of his subsequent lectures. The book combines psychology, mythology, religion, literature, philosophy and neuroscience to analyze systems of belief and meaning.

In 2016, Peterson released a series of YouTube videos criticizing the Act to amend the Canadian Human Rights Act and the Criminal Code (Bill C-16), passed by the Parliament of Canada to introduce "gender identity and expression" as prohibited grounds for discrimination.[a] Peterson argued that the bill would make the use of certain gender pronouns "compelled speech", and related this argument to a general critique of political correctness and identity politics. He received significant media coverage, attracting both support and criticism.

Peterson's lectures and conversations, propagated mainly through YouTube and podcasts, soon gathered millions of views. By 2018, he had put his clinical practice and teaching duties on hold, and published his second book: 12 Rules for Life: An Antidote to Chaos. Promoted with a world tour, it became a bestseller in several countries. That year, conservative columnist David Brooks, writing in The New York Times, described Peterson as "the most influential public intellectual in the Western world". Throughout 2019 and 2020, Peterson suffered health problems in the aftermath of severe benzodiazepine withdrawal syndrome. In 2021, he published his third book, Beyond Order: 12 More Rules for Life, resigned from the University of Toronto, and returned to podcasting. In 2022, Peterson signed a content distribution deal with conservative media company The Daily Wire.