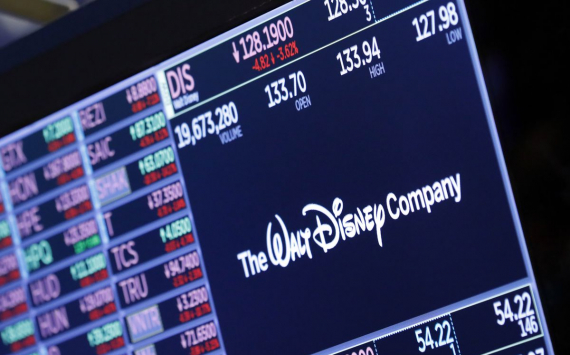 Disney posted higher revenues and profits, while analysts were expecting losses. The success of streaming services has helped offset the losses of theme parks.

Shares in Disney (DIS), up almost 45% in the past six months, rose 1.3% in after-hours trading on Thursday.

In comments on the report, Disney's management noted that the company's revenues and profits continued to be negatively impacted by the pandemic environment.

At the same time, the company made strides in adding new subscribers to its streaming video service Disney and others. The total number of paid subscriptions at the end of the quarter exceeded 146 million.

Disney did not give revenue and profit forecasts for future periods, but said it plans to release the Marvel action film Black Widow starring Scarlett Johansson in cinemas on May 7.

The company also said it expects spending on safety measures in parks and TV and film productions to reach $1 billion in 2021.

The media division, which includes multiple channels, movie studios and streaming services Disney, ESPN+ and Hulu, accounted for the bulk of first-quarter sales and profits, with revenues of $12.66 billion Revenue was down 2% to $1.45bn, while profits fell 2% to $1.45bn.

According to the company, Disney will enter markets in Eastern Europe, South Korea, Hong Kong and other countries this year.

The Parks and Recreation segment, which generated the most revenue before the pandemic, earned $3.59 billion, down 53% from last year and suffered a loss of $119 million in contrast to a profit of $2.52 billion in the first quarter of last fiscal year.

Disney executives said the parks segment's recovery will depend on the pace of the vaccine, with visitor restriction measures remaining in place until the end of 2021.

Disney has said that during fiscal 2021 it will invest more in the media and entertainment segment and less in the parks segment.

Disney expects Disney to have 230-260 million subscribers by 2024, up from a previous estimate of 60-90 million over the same period, with global subscriptions for all services reaching 300-350 million.