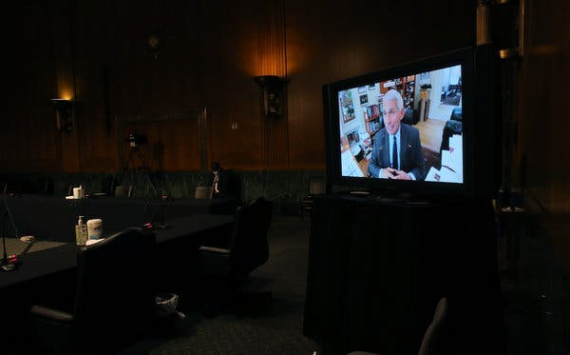 Two of the federal government’s top health officials painted a grim picture of the months ahead on Tuesday, warning a Senate panel that the coronavirus pandemic was far from contained, just a day after President Trump declared that “we have met the moment and we have prevailed.”

The officials — Dr. Anthony S. Fauci, the nation’s top infectious disease expert, and Dr. Robert R. Redfield, the director of the Centers for Disease Control and Prevention — predicted dire consequences if the nation reopened its economy too soon, noting that the United States still lacked critical testing capacity and the ability to trace the contacts of those infected.

“If we do not respond in an adequate way when the fall comes, given that it is without a doubt that there will be infections that will be in the community, then we run the risk of having a resurgence,” said Dr. Fauci, the longtime director of the National Institute of Allergy and Infectious Diseases, who is at the forefront of efforts to find a coronavirus vaccine.

If states reopen their economies too soon, he warned, “there is a real risk that you will trigger an outbreak that you may not be able to control,” which could result not only in “some suffering and death that could be avoided, but could even set you back on the road to trying to get economic recovery.”

Dr. Fauci’s remarks, during a high-profile — and partly virtual — hearing before the Senate Committee on Health, Education, Labor and Pensions, along with those of Dr. Redfield, made clear that the nation had not yet prevailed.

They appeared to rattle the markets, driving the S&P 500 down as investors weighed the potential of a second wave of infections against Mr. Trump’s promises that the economy would bounce back once stay-at-home restrictions were lifted. Worrisome reports of spikes in infections in countries like China, South Korea and Germany, where lockdowns had been lifted, seemed to confirm the American officials’ fears.

Here in Washington, Dr. Fauci and Dr. Redfield, who have been barred by the White House from appearing before the Democratic-controlled House, drew a very different picture of the state of the pandemic than the president, who has cheered for a swift reopening, championed protesters demanding an end to the quarantine and predicted the beginning of a “transition to greatness.”

Dr. Fauci told senators that coronavirus therapeutics and a vaccine would almost certainly not be ready in time for the new school year, that outbreaks in other parts of the world would surely reach the United States and that humility in the face of an unpredictable killer meant erring on the side of caution, even with children, who have fared well but have recently shown new vulnerabilities.

Dr. Redfield pleaded with senators to build up the nation’s public health infrastructure, even as he acknowledged that the C.D.C. had not filled 30 jobs authorized by Congress last year to expand its capacity to track outbreaks, and had yet to put in place a “comprehensive surveillance” system to monitor outbreaks in nursing homes, which have been hard hit by the pandemic.

“We are not out of the woods yet,” he said, “but we are more prepared.”

The two were among four government doctors — the others were Dr. Stephen Hahn, the commissioner of food and drugs, and Adm. Brett P. Giroir, an assistant secretary for health — who testified remotely during the hearing. Senator Lamar Alexander, Republican of Tennessee, who like Dr. Fauci, Dr. Redfield and Dr. Hahn is in quarantine after being exposed to the coronavirus, presided as the committee’s chairman from his home in Maryville, Tenn.

The doctors’ downbeat assessments came as the death toll in the United States surpassed 81,000 — a figure that Senator Tim Kaine, Democrat of Virginia, noted was “45 times the rate of South Korea.” The hearing, titled “Covid-19: Safely Getting Back to Work and Back to School,” offered little concrete advice on how that would happen. It was the first chance lawmakers have had to publicly question the officials in Congress since Mr. Trump declared a national emergency two months ago — and to do so without Mr. Trump standing nearby.

Despite the gloomy predictions for the months ahead, the experts drew a somewhat more upbeat picture over the long term. Asked by Senator Mitt Romney, Republican of Utah, if the scientists would ultimately develop a vaccine, Dr. Fauci said: “It’s definitely not a long shot, Senator Romney. I would think that it’s more likely than not that we will.”

And Admiral Giroir assured Senator Bernie Sanders, independent of Vermont, that his office was determined to see to it that a vaccine “reaches all segments of society regardless of their ability to pay.”

Some Republicans sounded their own upbeat note. Mr. Alexander proclaimed testing in the United States “impressive” and “enough to begin going back to work.”

Senator Mike Braun, Republican of Indiana, agreed, saying in an interview, “I have great optimism that we won’t backslide.”

“I find our testing record is nothing to celebrate,” Mr. Romney said.

For Dr. Redfield, who has largely been sidelined by Mr. Trump — at least in the administration’s public response — the hearing was a rare opportunity to speak directly to Americans, though he often seemed at pains not to showcase any disagreements with the president. Dr. Fauci, one of the most visible federal health officials and voices in the pandemic, has had less frequent appearances at the podium the past two weeks, since Mr. Trump abandoned his daily coronavirus task force briefings. Often the subject of speculation that the president will fire him, Dr. Fauci reassured senators that their relationship was intact.

“There is certainly not a confrontational relationship between me and the president,” he said, adding that when he gives Mr. Trump advice, “he hears that, he respects it, he gets opinions from a variety of other people.”

The hearing scene was extraordinary. The wood-paneled hearing room, in the Dirksen Senate Office Building, was set up with tables along all four walls, so senators — some of whom were wearing masks that they removed while speaking — could sit a reasonable distance apart. Those who participated virtually gave viewers a peek into their private lives. Senator Patty Murray of Washington, the top Democrat on the panel, appeared beside a pine cabinet in her home office. Mr. Alexander’s dog, a Cavalier King Charles spaniel named Rufus, slept in the background as he spoke.

The mood was at times tense. Mr. Alexander put Democrats on notice not to engage in “finger pointing” and insisted that “even the experts underestimated Covid-19.” Ms. Murray followed that by calling Mr. Trump’s response “a disaster,” adding: “The president isn’t telling the truth. We must, and our witnesses must.”

Across the Capitol, House Democrats on Tuesday unveiled a $3 trillion economic stimulus measure to respond to the pandemic, including $1 trillion in aid to state, local and tribal governments, another round of $1,200 direct payments to American families, and more money for jobless aid and food assistance.

Ms. Murray used her time to make a pitch for the package, saying Republicans — who have already joined with Democrats in approving nearly $3 trillion in government aid — had not done enough.

“What good is a bridge that only gets you to the middle of the river?” she asked.

There were flash points between the witnesses and the senators, as well. In one sharp exchange, Senator Rand Paul, Republican of Kentucky, pressed his belief that children needed to return to school and told Dr. Fauci that his voice was not the only one senators would listen to.

Dr. Fauci replied, “We should be humble about what we don’t know.” But, he continued, “we really better be very careful, particularly when it comes to children,” because new research is showing that they may not be “completely immune to the deleterious effects” of Covid-19.

The White House has put out guidelines for states to follow, called “Opening Up America Again,” in planning how to reopen businesses and get people back to work and school. The plan recommends, among other things, that before reopening, states should have a “downward trajectory of positive tests” or a “downward trajectory of documented cases” of the coronavirus over two weeks, while conducting robust contact tracing and “sentinel surveillance” testing of asymptomatic people in vulnerable populations, like nursing homes.

But the guidelines are not mandatory, and many states are reopening without adhering to them, seeking to ease the pain as millions of working people and small-business owners are facing economic ruin while sheltering at home.

Senator Christopher S. Murphy, Democrat of Connecticut, complained on Tuesday that Dr. Fauci and the other witnesses were “trying to have it both ways” by saying that states should not reopen too early while giving governors guidance that was “criminally vague.” The C.D.C. has been working on a more specific plan that has been held up by the White House. Mr. Murphy demanded to know when it would be released — especially given that states were reopening.

“Is it this week? Is it next week?” the senator asked. Dr. Redfield replied that the guidance would be on the C.D.C.’s website “soon,” after being reviewed by Mr. Trump’s coronavirus task force. 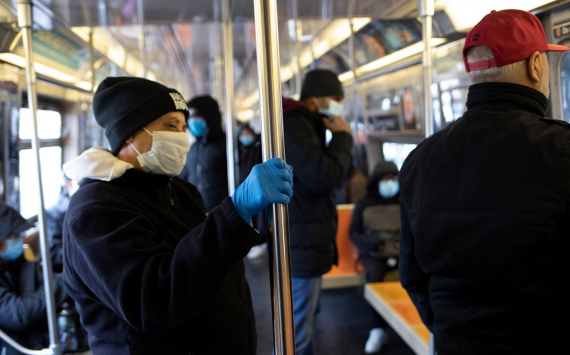 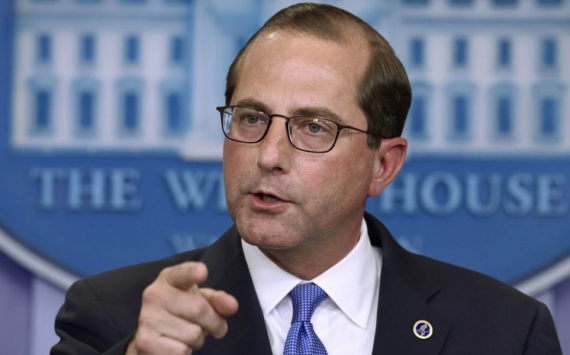 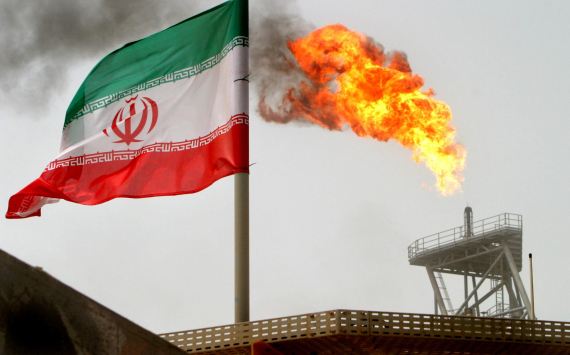 Over 1,000 DNC delegates voted against party platform, in sign of Dem discord
Politics
2090 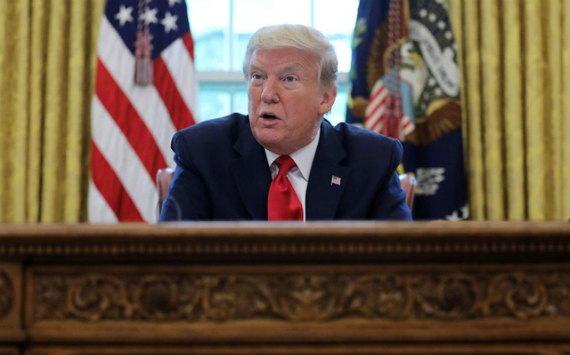 Alkami Technology to float $150m worth of shares
Business
200

Fed chief thinks a digital dollar could be launched
Economy
315