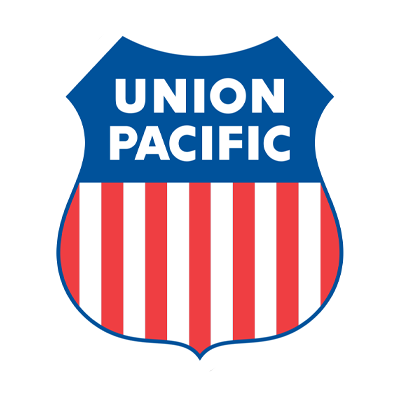 Union Pacific Railroad is a freight-hauling railroad that operates 8,300 locomotives over 32,200 miles (51,800 km) routes in 23 U.S. states west of Chicago and New Orleans. Union Pacific is the second largest railroad in the United States after BNSF. Union Pacific and BNSF have a duopoly on transcontinental freight rail lines in the Western United States.

Additionally, the Union Pacific of late is the last United States based Class l railroad left in the country that has not originated as a merger between separate road names or holding companies and, as such, is currently the oldest operating Class l railroad in the United States. It previously shared this accolade only with the Kansas City Southern Railway though that is now liable to change due to the Kansas City Southern's acquisition by Canadian Pacific Railway on September 15, 2021, however, this is still subject to regulatory approval.

Union Pacific in the 19th century

The original company, the "Union Pacific Rail Road" was incorporated on July 1, 1862, under an act of Congress entitled Pacific Railroad Act of 1862. The act was approved by President Abraham Lincoln, and it provided for the construction of railroads from the Missouri River to the Pacific as a war measure for the preservation of the Union. It was constructed westward from Council Bluffs, Iowa to meet the Central Pacific Railroad line, which was constructed eastward from Sacramento, California. The combined Union Pacific–Central Pacific line became known as the First Transcontinental Railroad and later the Overland Route.

The line was constructed primarily by Irish labor who had learned their craft during the recent Civil War. Under the guidance of its dominant stockholder Dr. Thomas Clark Durant, the namesake of the city of Durant, Iowa, the first rails were laid in Omaha. The two lines were joined at Promontory Summit, Utah, 53 miles (85 km) west of Ogden on May 10, 1869, hence creating the first transcontinental railroad in North America.

The original UP was entangled in the Crédit Mobilier scandal, exposed in 1872. As detailed by The Sun, Union Pacific's largest construction company, Crédit Mobilier, had overcharged Union Pacific; these costs had then been passed on to the United States government. In order to convince the federal government to accept the increased costs, Crédit Mobilier had bribed congressmen. Several prominent UP board members (including Durant) had been involved in the scheme. The ensuing financial crisis of 1873 led to a credit crunch, but not bankruptcy.

Extending towards the Pacific Northwest, Union Pacific built or purchased local lines that gave it access to Portland, Oregon. Towards Colorado, it built the Union Pacific, Denver and Gulf Railway: both narrow gauge trackage into the heart of the Rockies and a standard gauge line that ran south from Denver, across New Mexico, and into Texas.

Union Pacific in the 20th centure

In the early 20th century, Union Pacific's focus shifted from expansion to internal improvement. Recognizing that farmers in the Central and Salinas Valleys of California grew produce far in excess of local markets, Union Pacific worked with its rival Southern Pacific to develop a rail-based transport system that was not vulnerable to spoilage. These efforts came culminated in the 1906 founding of Pacific Fruit Express, soon to be the world's largest lessee of refrigerated railcars.

Meanwhile, Union Pacific worked to construct a faster, and more direct substitute for the original climb to Promontory Summit. In 1904, the Lucin cutoff opened, reducing curvature and grades. The original route would eventually be stripped of track in 1942 to provide war scrap.

To attract customers during the Great Depression, Union Pacific's chairman W. Averell Harriman simultaneously sought to "spruce up" the quality of its rolling stock and to make its unique locations more desirable travel destinations. The first effort resulted in the purchase of the first streamlined train: the M-10000. The latter resulted in the Sun Valley ski resort in central Idaho; it opened in 1936 and finally was sold in 1964. Despite the fact that the M-10000 and its successors were among the first diesel locomotives, Union Pacific completed dieselization relatively late. In 1944, UP finally received delivery of its last steam locomotive: Union Pacific 844.

By then, few large (class I) railroads remained. The same year that Union Pacific merged with the Chicago and North Western (1995), Burlington Northern and ATSF announced plans to merge. The impending BNSF amalgamation would leave one mega-railroad in control of the west. In order to compete, UP quickly merged with Southern Pacific, thereby incorporating D&RGW and Cotton Belt, and forming a duopoly in the West. The merged railroad took the Union Pacific name. 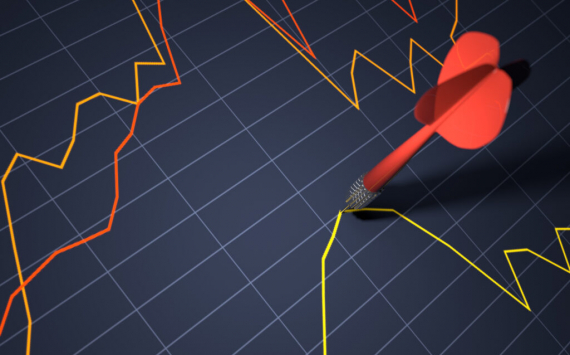 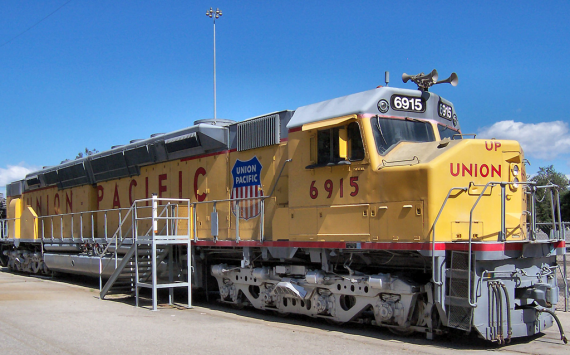