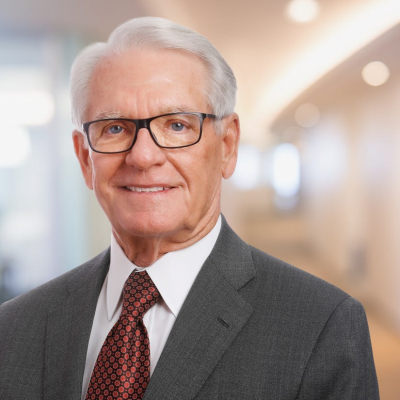 Charles Robert Schwab (born July 29, 1937) is an American investor, and financial executive. He is the founder and chairman of the Charles Schwab Corporation. He pioneered discount sales of equity securities starting in 1975. His company became by far the largest discount securities dealer in the United States. He retired as CEO in 2008, but remains chairman and is the largest shareholder.

Schwab was born in Sacramento, California, the son of Terrie and Lloyd Schwab. He attended Santa Barbara High School in Santa Barbara, California, and was captain of the golf team. He attended pre-college school at Holy Rosary Academy in Woodland, California. Schwab graduated from Stanford University in 1959 with a Bachelor of Arts in Economics. In 1961, he graduated from Stanford Graduate School of Business with a Master of Business Administration. Schwab is a knight of the Sigma Nu fraternity.

In 1973, First Commander changed its name to "Charles Schwab & Co., Inc." A decisive turning point came in 1975, when the U.S. Securities and Exchange Commission deregulated the securities industry, freeing companies to charge any fees they wanted. Schwab had long complained that the established firms showed little concern for the needs of their customers: in those times securities were not bought by consumers, they were sold by salesmen, who made higher commissions and profits by selling riskier securities regardless of possible disadvantages to the consumers. Schwab set up a series of radically different policies. First, charges to consumers were cut in half. Second, salesmen were (and still are today) paid hourly salaries, rather than commissions on the total sale price. Third, Schwab refused to offer any advice to customers. It also set up a toll-free number to take orders nationwide and later set up 24/7 telephone system that would allow customers to place orders from anywhere, at any time. Established firms were outraged by these innovations, and tried to block Schwab's expansion.

In September 1975, Schwab opened its first branch in Sacramento, California. It expanded across the state and cut its expenses by very heavy emphasis on automation. In 1981, Bank of America offered Schwab $53 million in stock for his 37 percent ownership. He sold, but remained as president of a semi-autonomous unit. At this point the unit had annual sales of $41 million, 600 employees, and 220,000 customers through 40 branches. Expansion was rapid, reaching 1.6 million customers in 1986, with sales of $308 million. Bank of America, however, had its own separate severe problems, and its stock plunged. The SEC investigated Charles Schwab on the possibility he was selling stock to take advantage of insider information; he denied it, and no charges were filed. Tensions between the Schwab unit and Bank of America escalated until 1987, when the deal was cut for Schwab to buy back the brokerage company for $230 million. Schwab took the firm public. In 1988, however, the company was forced to rebate $2 million to customers whose funds had been illegally used.

David S. Pottruck, who had spent the majority of his 20 years at the brokerage as Schwab's right-hand man, shared the CEO title with Schwab from 1998 to 2003. In May 2003, Schwab stepped down, and gave Pottruck sole control as CEO. Just a year later, on July 24, 2004, the company's board fired Pottruck, replacing him with Schwab. News of Pottruck's removal came as the firm had announced that overall profit had dropped 10 percent, to $113 million, for the second quarter, driven largely by a 26 percent decline in revenue from customer stock trading. After coming back into control, Schwab conceded that the company had "lost touch with our heritage", and quickly refocused the business on providing financial advice to individual investors. He also rolled back Pottruck's fee hikes. The company rebounded, and earnings began to turn around in 2005, as did the stock.

Schwab always stressed cutting-edge technology, and pioneered computerization to replace paperwork. The emergence of the World Wide Web in the mid-1990s posed a new threat with new startups trying to exploit their software. Schwab responded in 1996 by becoming the first major financial services firm to sell online listed and over-the-counter stocks, as well as mutual funds and bonds. The startups charged $36 a trade, and Schwab charged $39 per Internet trade, compared to $160 charged by traditional brokerages using the old technology. In 1984, the firm innovated with the Mutual Funds Marketplace, which gave customers a choice of 140 no-load funds. It expanded to 500 no-load funds by 1992. In 2000 Schwab introduced mobile/wireless trading with its PocketBroker mobile app that functioned on RIM (BlackBerry), Palm, Windows CE, and WAP-enabled phones, with deployments in the USA, UK, and Hong Kong. Schwab also introduced Schwab Bank (Charles Schwab Bank, National Association), a federally chartered intrastate retail bank headquartered in Reno, Nevada. The application for the Bank was approved on February 2003 by the Office of the Comptroller of the Currency.

Schwab has been married twice. He has three children from his first marriage to Susan (Cotter) Schwab: Charles Jr. (known as "Sandy"), Carrie, and Virginia. Charles and Susan Schwab later divorced. Schwab remarried, to Helen O'Neill, with whom he has two children: Michael and Helen. His daughter Carrie is married to author Gary Pomerantz. She is president of the Charles and Helen Schwab Foundation and also served as a council member on President Obama's Advisory Council on Financial Capability. His son Sandy, who played quarterback at Northwestern University, is also the father of four children: Haley, Samantha, Sydney, and Charlie.

Schwab sits on the Board of Trustees of the San Francisco Museum of Modern Art, and formerly as its chair.

A practicing Roman Catholic, he and his wife Helen currently live in Atherton, California, and are involved in philanthropy. He is an avid golfer with a 7.4 handicap and has membership in San Francisco Golf Club and Cypress Point Club. Schwab is dyslexic, but was unaware of it until the age of 40, when he learned his son is also dyslexic. The Charles and Helen Schwab Foundation aims to assist children with the disorder.

Charles Schwab was listed in a Washington Post article as one of the largest PAC contributors in the US, $12.5 million to general conservative political activities, with $2 million explicitly donated to Donald Trump.

In 2019, it was revealed that Schwab had donated nearly $9 million to a dark money group which opposed Barack Obama in the 2012 election.

Schwab as of February 2017 is worth $8.2 billion according to Forbes. The Charles and Helen Schwab Foundation was formed in 1987. In 2013, it reported assets of $270 million and made $13 million in grants. He serves as its chairman; his wife is the president.

Charles Schwab
The Charles Schwab Corporation is an American multinational financial services company founded and based in San Francisco, California. Headquartered in Financial District,...
Person in rating
All