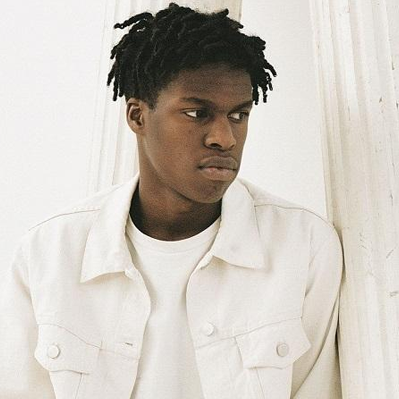 Ashton Dumar Norwill Simmonds was born on April 5, 1995, in the Scarborough district of Toronto, Ontario, and raised in Oshawa. He is the second eldest of four children to his mother Hollace and father Norwill Simmonds, a pastor and gospel singer who released his first album as a high school student in Jamaica. Caesar attended the Seventh-day Adventist Church and private school in Oshawa. He is of Bajan and Jamaican descent.

Caesar grew up in church, singing before his father's congregation in Oshawa. He was raised listening to soul and gospel delivered though musicality and religion, even though his parents were cautious of temptations that came with music. Caesar longed for the city, which was an hour’s drive from his home. At the age of 17, Caesar was kicked out of the house after a fight with his father on the weekend of his high school graduation. He felt no choice but to pursue his calling as a musician. After leaving his home, he began doing gigs. The turning point of Caesar's career came in 2015, with the release of his second EP, Pilgrim's Paradise.

In 2014, Caesar received widespread critical acclaim for his debut EP Praise Break, which was ranked No. 19 on the "20 Best R&B Albums of 2014" by Rolling Stone. His music is influenced by religion, which played a large role in his upbringing, as well as unrequited love.

On August 25, 2017, Caesar released his debut album Freudian, which includes the singles "Get You", "We Find Love", and "Blessed". The album was a shortlisted finalist for the 2018 Polaris Music Prize. At the 60th Annual Grammy Awards, Caesar received two nominations for Best R&B Album and Best R&B Performance for "Get You". At the 61st Annual Grammy Awards, Caesar won Best R&B Performance for his single "Best Part".

MTV Video Music Awards 2021: Performer of the year and best music video of the year
Business
2981
View all