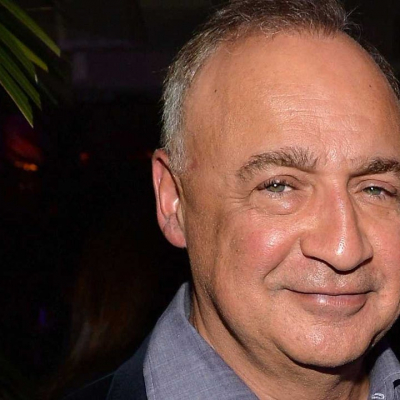 Sir Leonid Valentinovich Blavatnik (born Leonard "Len" Blavatnik or Len Blavatnik; born June 14, 1957, Odessa) is an American and British businessman and industrialist of Jewish origin. In 2015, he topped the list of the richest people in the UK according to the Sunday Times.
Born in Odessa, Ukrainian SSR. As an infant, he moved with his family to Yaroslavl, where he studied at school number 33 until the 8th grade. In 1971, his father was transferred to work again, this time to Moscow. He graduated from the last two classes at the Moscow Physics and Mathematics School No. 315 with a gold medal. After leaving school, he tried to enter the Faculty of Mechanics and Mathematics at Moscow State University, but, despite the highest academic success, was not accepted. After that he entered the Moscow Institute of Transport Engineers at the Faculty of Automation and Computer Engineering (specialty "Automated Control Systems"), but did not graduate from the university (he left it after the fourth year). Blavatnik's classmate was Viktor Vekselberg.

In 1978 he emigrated with his family from the USSR to the USA. He has degrees from Columbia University (Master of Science) and Harvard Business School (MBA).

In 1986 he founded Access Industries, investing in various industries.

Since 1991, one of the founders and partner of the Russian-American joint investment venture Renova.

He maintains contacts with the political elite of Russia, in particular, with Anatoly Chubais and Sergei Stepashin. In 1999, he sponsored Stepashin's visit to Washington, arranged a dinner in his honor, which was attended by Washington politicians.

He makes significant donations to the electoral funds of the Republican Party from the state of New York (the head office of Blavatnik's firm is in New York) [source unspecified 3619 days].

Since 1998, Blavatnik has intensified his activities in Russia, in particular, he was preparing options for a strategic partnership between Access Industries and RAO UES. In 1999, Anatoly Chubais, while in Kazakhstan, announced the possible creation of a fuel and energy company in Pavlodar region with the participation of three power plants, RAO UES and Access Industries.

Blavatnik's main income came from the purchase of 50% of TNK shares in half with Vekselberg. In 2003, each of them earned almost $ 2 billion from the sale of TNK's stake to British BP. According to unofficial data, Blavatnik's share in Renova was about 30%, he sold his share in exchange for a share in joint assets with Vekselberg.

In 2009, Access Industries acquired Mel Gibson's UK rental company Icon and a movie library of over 500 films, including Chauffeur Miss Daisy, Dancing With Wolves, Stiletto and The Passion of the Christ.

In May 2011, Access Industries acquired the record company Warner Music Group for $ 3.3 billion

At the end of 2014, The Sunday Times estimated the fortune of Leonid Blavatnik at 13.17 billion pounds ($ 20 billion) and named him the richest Briton, although at that time he did not have British citizenship.

In 2015, the US Department of Justice's antitrust division accused Blavatnik of violating US antitrust requirements. The businessman agreed to pay a civil sanction of $ 656,000 for resolving the issue out of court. The lawsuit was filed in the Washington, DC District Court.

Member of the Presidium of the Russian Jewish Congress.

He is married to American Emily Appleson, who has four children with him. Resides permanently in London.

Known as a generous benefactor and philanthropist. In 2011, he allocated £ 260 million for the construction of a new gallery at the Tate Modern in London. The contribution was "almost unprecedented" in the history of Britain's largest contemporary arts center.

In 2018, he played the role of Cardinal Yuri Radziwill in the Russian television series Godunov.