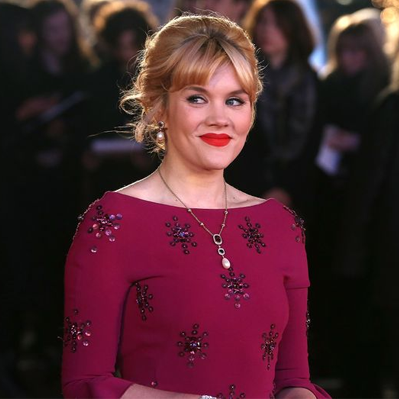 Emerald Lilly Fennell is an English actress, novelist, television writer, screenwriter, film director, television producer, film producer, and playwright. She appeared in period drama films, such as Albert Nobbs (2011), Anna Karenina (2012), The Danish Girl (2015), and Vita and Virginia (2018). She received wider recognition for her starring roles in the BBC One period drama series Call the Midwife (2013–17) and the Netflix period drama series The Crown (2019–20).

Fennell is also known as showrunner for season two of the BBC America thriller series Killing Eve (2019), which earned her two Primetime Emmy Award nominations. She gained further acclaim for writing, directing, and producing the thriller film Promising Young Woman (2020), for which she received three Academy Award nominations: Best Picture, Best Director, and Best Original Screenplay. She is the first British woman to be nominated by the Academy for directing.

Born in Hammersmith in London, Fennell went to Marlborough College. She then studied English at Greyfriars, Oxford, where she acted in university plays. There she was spotted by Lindy King of United Agents.

Fennell appeared in the Channel 4 sitcom Chickens with Simon Bird, Joe Thomas and Jonny Sweet. She then joined the cast of the BBC One series Call the Midwife as Patsy Mount, after dyeing her blonde hair red. She is also known for her film roles in Albert Nobbs (2011), Anna Karenina (2012), The Danish Girl (2015), and Vita & Virginia (2019).

On 23 October 2018, it was revealed that Fennell would play Camilla Shand in the third season of the Netflix series The Crown. Fennell made a brief appearance in her directorial debut film Promising Young Woman as the host of a 'blow job lip' make-up tutorial video.

In 2008, Fennell was commissioned to write a film script (co-produced by Madeleine Lloyd Webber). Titled Chukka, it's a romantic comedy about a group of teenagers who fight the closure of their school by taking on the rich kids at polo.

Her first novel was published by Bloomsbury Children's Books in January 2013: Shiverton Hall, a children's fantasy. In December 2012, it was released as an ebook by Bloomsbury USA.

The Creeper, a sequel, was published mid-2014. ISFDB catalogues them as the Shiverton Hall series. It was shortlisted for the Waterstones Children's Book Prize in 2014. She then released Monsters in September 2015, her first adult horror book.

In July 2018, it was announced that Fennell was hired by her close friend Phoebe Waller-Bridge as head writer for the second season of the BBC America series Killing Eve, replacing Waller-Bridge, who remains as a producer. Fennell wrote 6 episodes for the season. Fennell also become one of the show's executive producers. Speaking to The New York Times, Fennell said "Phoebe and I had worked together in the past, and we’ve been friends for nearly 10 years. We met on a film — Albert Nobbs — which we both had tiny parts in. I started in the very early days as a writer in the Season 2 writer's room. Because it's such an unusual show, they did a very loose writers' room for a week just to see, and then wonderfully and luckily for me they promoted me to head writer." The second season began broadcast in April 2019. At the 71st Primetime Emmy Awards, Fennell was nominated for a Primetime Emmy Award for Outstanding Writing for a Drama Series for the season 2 episode "Nice and Neat".

In January 2019, it was announced Fennell would write and direct the comedy thriller film Promising Young Woman, starring Carey Mulligan. Production began in March 2019. Fennell was seven months pregnant during the 23 day shoot. The movie premiered at the 2020 Sundance Film Festival to critical acclaim with, as of April 2020, a 91% score on Rotten Tomatoes, its critics consensus reading "A boldly provocative, timely thriller, Promising Young Woman is an auspicious feature debut for writer-director Emerald Fennell -- and a career highlight for Carey Mulligan." She produced the film with, amongst others, Margot Robbie and her LuckyChap Entertainment production company. The film went on to earn five Academy Award nominations, including Best Picture, Best Director, and Best Original Screenplay for Fennell. Fennell became one of only seven women, and the first British woman, to earn a nomination in the directing category. As well, Fennell's directing nomination alongside that of Chloé Zhao marked the first instance of two women earning directing nominations in the same year. For the film, she also received Best Original Screenplay awards at the Critics Choice Awards and the Writers Guild of America Awards.

In January 2020, Andrew Lloyd Webber announced he would collaborate with Fennell on the musical Cinderella, which is planned to open in London in May 2021.

On March 22, 2021, it was revealed that Fennell was attached to write a Zatanna film for Warner Brothers, set in the DC Extended Universe.

Fennell's partner is film and advertising director and producer Chris Vernon. The couple have a son, born in 2019.