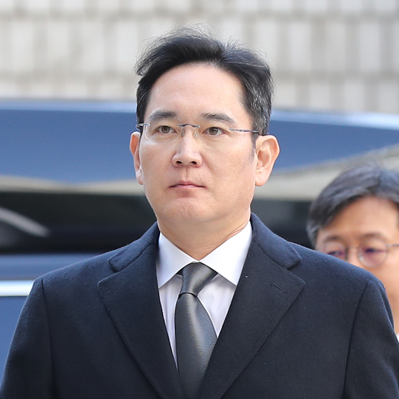 Lee Jae-yong, known professionally in the West as Jay Y. Lee, is a South Korean business magnate, the Vice Chairman and acting Chairman of Samsung. He is the eldest child and only son of Hong Ra-hee and Lee Kun-hee, Chairman of Samsung until his death in 2020, and is his father's successor.  He is referred to as the "Crown Prince of Samsung" by the South Korean media and speaks Korean, English, and Japanese. As of June 2020, Lee is estimated to be worth US$6.7 billion, making him the fourth wealthiest person in South Korea.

In 2014, Lee was named the world's 35th most powerful person and the most powerful Korean by Forbes Magazine's List of The World's Most Powerful People along with his father.

Jae-yong started working for Samsung in 1991. He began serving as Vice President of Strategic Planning and then as "Chief Customer Officer", a management position created exclusively for Lee. His prospects for future company leadership dimmed when his father Kun-hee stepped down as Chairman due to tax evasion. In December 2009, however, his succession prospects were revived when Lee became the Chief Operating Officer of Samsung Electronics. Since December 2012, he has been Vice Chairman of Samsung. He is one of the main shareholders of Samsung's financial services subsidiary, owning 11 percent of Samsung SDS. He has been described as having "been groomed to take over the family firm".

In January 2017, Lee was accused "of bribery, embezzlement and perjury" by the South Korean prosecutor's office, and after an investigation he was arrested on February 16, 2017. On August 25, 2017 Lee was sentenced to 5 years in prison after being found guilty of corruption. On February 5, 2018, the appeals court suspended his sentence and reduced it to 2.5 years, releasing him.

Lee's arrest was largely prompted by the investigation of the Choi Soon-sil scandal, which could be traced back to the father-to-son shift in ownership of Samsung in 2014. His involvement in a bribery act with the then-South Korean President Park Geun-hye was first brought to the table by that arrest warrant issued in January 2017 by the South Korea prosecutor's office, which led to his later arrest in mid-February of the same year.[citation needed] On January 12, 2017 the special prosecutor's office said it would decide "soon" whether to seek an arrest warrant for Lee. After his arrest, Lee was questioned for more than 22 hours concerning illegal activities including bribery in the scandal that consumed president Park.

On 16 January 2017, the prosecutor's office finally decided to seek an arrest warrant for Lee. The warrant was denied based on a court ruling from 19 January, with the Central District Court Justice Cho Eui-yeon stating that it was "difficult to recognize the need" for his incarceration. On 17 February 2017, Lee was "formally arrested after the Seoul central district court issued a warrant on the night" of 16 February for "handing bribes worth almost £30m to then South Korean president Park Geun-hye and her close friend Choi Soon-sil to win government favours for a smooth leadership transition."

Subsequent to his arrest, Samsung admitted to making contributions to two nonprofit foundations allegedly controlled by Choi and her Germany-based firm but denied such contributions were related to the 2015 merger. A spokesman for Samsung said, "We will do our best to ensure that the truth is revealed in future court proceedings." On 28 February 2017, the Wall Street Journal reported that "South Korean prosecutors said they would indict the Samsung conglomerate’s de facto leader Lee Jae-yong on charges of bribery and four other offenses." It was reported on 7 August 2017, that prosecutors demanded a twelve-year sentence for Lee. On 25 August, Lee Jae-yong was sentenced to 5 years in jail. He will now be in prison pending a trial in the appellate court.

On 5 February 2018, Lee was freed from jail after a South Korean court suspended his five-year jail term for bribing ex-president, Park Geun-hye.

On January 18, 2021, Lee was sentenced to two years and six months in prison by a high court and transferred to Seoul Detention Center.

Jae-yong was born in Seoul, South Korea to Lee Kun-hee. He attended Kyungbock High School. He received his B.A. in East Asian history from Seoul National University, and his M.B.A. from Keio University. He attended Harvard Business School for about five years in pursuit of a Doctor of Business Administration degree, but did not graduate.

Lee is rarely seen in public and avoids publicity. He has two younger sisters, Lee Boo-jin, Lee Seo-hyun, and was the older brother of the late Lee Yoon-hyung. 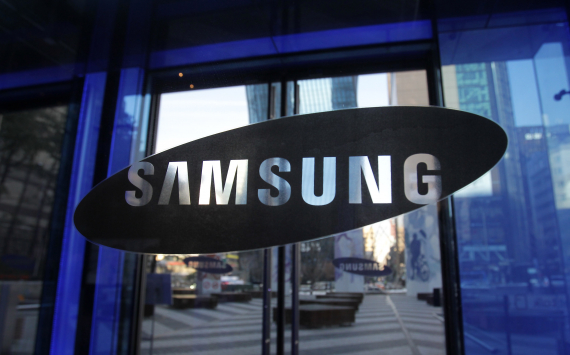 Samsung to build chip factory in U.S.
Business
2058
View all

SPEYER Jerry I.
CEO of Tishman Speyer
3 place
View all

Samsung
The Samsung Group is a South Korean multinational conglomerate headquartered in Samsung Town, Seoul. It comprises numerous affiliated businesses, most of them united under the Samsung brand, and is...
Person in rating
All