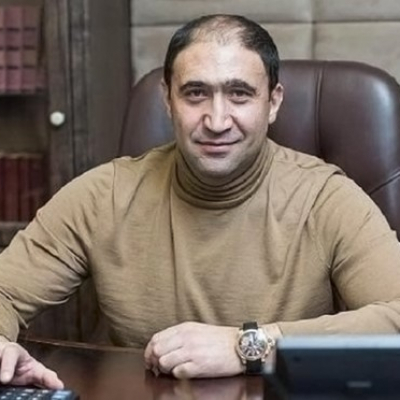 Ilgar Allazovich, a native of Azerbaijan, opened his first business at the age of 17, almost immediately after leaving school. An aspiring businessman, without any experience or relevant education, by the age of 19 managed to earn his first million. By 1993, he was interested in serious entrepreneurship. Being at that time already a major supplier of building materials, Ilgar Hajiyev began to search for new opportunities for development.

Ilgar Hajiyev, being a patriot, took a risk and invested in a new field for himself – and did not lose, as he eventually became one of the most successful developers in his country. By investing in residential real estate, the businessman thereby contributed to the development of the construction business of his state. Thanks Ilgar Holasovice a lot of Azerbaijanis were able to purchase a comfortable home at an affordable price for them.

Ilgar Hajiyev did not stop there and in 2005 established a construction and industrial investment corporation called "Accord", in which by 2012 more than 7,000 jobs were created, and the company's revenue increased to 0.5 billion US dollars.

Ilgar Allazovich became so popular, and his activities so much interested the business community that the entrepreneur was constantly invited to participate in various conferences in order to share his experience with others.

By 2013, the company "Akkord-stroy" worked in the construction industries of such countries as Georgia, Kazakhstan, Ukraine, and Turkey. The company's specialists not only produced building materials and built housing, but also built bridges, roads and road junctions.

Along with this, the entrepreneur's career continued to develop. So, until 2017, he held the position of Executive Director of the All-Russian Congress of Azerbaijan. 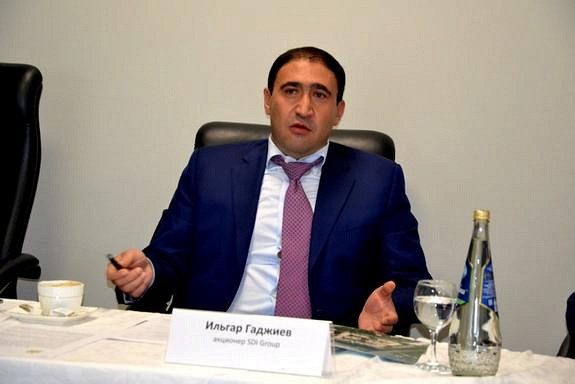 The main achievements and objects of "Accord»

The company's management has always paid much attention to creating such working conditions that would be both safe and comfortable. Accord has always managed to achieve this by strictly monitoring compliance with safety regulations, following the health code and the principles of environmental protection.

Another achievement of Ilgar Hajiyev is the creation of new standards in construction, the use of high technologies. Due to investments in the development of the corporation, it became possible to provide high quality services and manufactured building materials, along with reducing their cost.

Thanks to the introduction of modern software Primavera P6 significantly increased the speed of the process, which also contributed to improving the quality of services provided.

Ilgar Ulasovich became the first Builder of Azerbaijan, operating in accordance with the standards of the International Association of project management. Accord has an ISO 9001-2000 certificate, which confirms that the construction process and construction materials meet the requirements of the international level.

The Corporation took part in such regional projects of the country as the creation of road links in the directions of Baku - Shamakhi and East - West, the construction of the airport named after him. Underground pedestrian crossings, highways, and road complexes.

In 2012, the developer was awarded a high award – the Gold Prize "European Quality". In the same year, it became the winner in the category " Construction Company of the Year "of the international award called"Caspian Energy Integration Award".

Entering the construction market of the Russian Federation

It occurred in 2014. We are talking about the market of Moscow and the region. The company's activities began there with the construction of roads – it constantly received tenders. Under the SDI Group brand, Ilgar Hajiyev Corporation was engaged in the construction of large residential complexes "Pirogovskaya Riviera", "vernadsku", "Akkord. Smart-quarter". In a relatively short time, the developer handed over more than 700,000" squares " of housing.

After reading the Bible, the realization of faith in God came Ilgar Allazovich converted to Christianity and the whole family goes to church - "Having lost everything, I have gained the Lord."

FedEx
3 Persons
GlobalNY.biz pays special attention to the activities of famous people: politicians, officials, businessmen, bankers, cultural and sports figures. Their opinion largely determines the development of political, social and economic life in New York. The section is constantly edited by our journalists for the relevance of information. Here you can find information about CEOs and presidents of top New York companies, officials and public figures who play a key role in the development of the region.
The goal of the project is to create a comfortable information space for all market actors, as well as to acquaint the readership with business people in New York.
We have created an impressive database of people in New York, which contains information about a career path, education and other important information about a person.
Thanks to automatic counting of the number of mentions of a person in the news sections " New York News ”and“ New York Press Releases ”on the portal the rating of popularity and influence of persons is formed. The GlobalNY.biz team monitors rating changes and rewards project participants for their success. In general, the rating of participants is based on an in-depth analysis of the activity of PR services of famous people, and also reflects the qualitative state of the information field formed by the media and press services around the organization.
Business People of New York is a project about people who, through their ideas, words and deeds, have a great influence on the development and prosperity of New York.
Alena Potapova
Development Director
Subscribe to the person
Press Releases
All