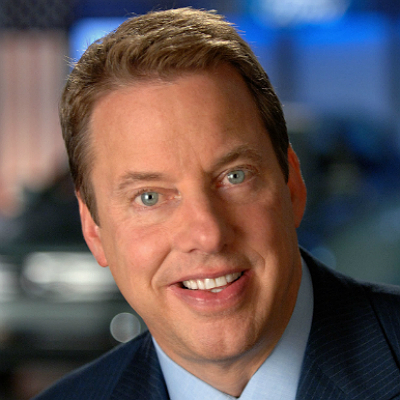 As Executive Chairman of Ford Motor Company, William Clay Ford Jr. is leading the company that put the world on wheels into the 21st century. He joined the Board of Directors in 1988 and has been its chairman since January 1999. Through the years, his vision for the company has remained unchanged.

“I believe the purpose of a company is to make people’s lives better,” he says. “That is how we became great in the past and it is how we will become even greater in the future.”

Under Bill Ford’s leadership Ford Motor Company has taken aggressive steps to improve the efficiency and focus of its traditional automotive business.  At the same time it is accelerating its efforts to be the most trusted provider of smart vehicles and mobility services.

“The ongoing success of Ford Motor Company is my life’s work,” he says. “Nothing is more important to me than our reputation as a family company that people trust to do the right thing.”

After joining the company in 1979 as a product planning analyst, he held positions in manufacturing, sales, marketing, product development and finance. During the 1982 Ford-United Auto Workers labor talks, which launched the employee involvement movement that revolutionized the industry, he served on the company’s National Bargaining Team. In 1983 he began a 12-month course of study as an Alfred P. Sloan fellow at the Massachusetts Institute of Technology. He was elected chairman and managing director of Ford Switzerland in 1987.

As head of Business Strategy for the Ford Automotive Group in 1990, he helped develop guidelines for establishing low-volume manufacturing plants in emerging markets. After being appointed general manager of Climate Control Division in 1992, he led a profit turnaround and a major improvement in product quality. He also established the company’s first wildlife habitat at a plant location and the first automotive plant in the world to use 25 percent post-consumer materials in all of its plastic parts. While he was general manager the division won the President’s Commission on Environmental Quality Award.

Bill Ford was elected a company vice president and head of the company’s Commercial Truck Vehicle Center in 1994. He left that position in order to assume the chairmanship of the Board of Directors’ Finance Committee in 1995. In addition to his duties as chairman, he served as chief executive officer of the company from October 2001 to September 2006, when he was named executive chairman. As CEO, he improved quality, lowered costs and delivered exciting new products. During his time in that position he took the company from a $5.5 billion loss in 2001 to three straight years of profitability.

A lifelong environmentalist, Bill Ford is committed to developing products that benefit customers and society. Under his leadership, in 2000 Ford Motor Company published its first corporate citizenship report outlining the economic, environmental and social impact of company products and operations around the world. In 2004, the company completed the world’s largest brownfield reclamation project, the restoration of its Ford Rouge Center in metropolitan Detroit. He also championed the Escape Hybrid, the world’s first hybrid-electric sport utility vehicle.

“During the last industry downturn, Ford invested heavily in fuel economy and technology at a time when many others were pulling back,” he says. “It absolutely was the right thing to do.”

Looking to the future, in 2011 he began outlining the company’s vision of what sustainable transportation will look like in the years ahead, as well as the steps it will take to get there. That future includes vehicles that communicate with each other and the world around them to make driving safer, ease traffic congestion and sustain the environment. As the next step in these efforts, in 2015 the company announced Ford Smart Mobility, its plan to deliver advances in connectivity, mobility, autonomous vehicles, the customer experience and data and analytics.

In 2018 he championed the acquisition of the iconic Michigan Central building in Detroit’s historic Corktown neighborhood.  The company is transforming this former railroad station into the centerpiece of a vibrant new campus where Ford Motor Company and its partners will work on autonomous and electric vehicle businesses, and design solutions that make mobility more convenient and accessible.

“My great-grandfather helped put the world on wheels so everyone could enjoy the benefits of mobility,” he says. “Our vision is to expand on that thinking, using advanced technology and new business models so that personal mobility remains viable in a crowded world. Our Corktown campus will help us achieve that vision.  It will be a magnet for attracting talent and a catalyst for creativity and change.”

Bill Ford’s charitable, volunteer and business efforts are highlighted by his commitment to the city of Detroit. As vice chairman of the Detroit Lions professional football team, he led efforts to build a new, environmentally-friendly stadium in Detroit that was the site of Super Bowl XL. Through Detroit Lions Charities, he helped develop the Detroit Police Athletic League youth football program into one of the largest in the country.

Under his leadership the company’s philanthropic arm, Ford Motor Company Fund and Community Services, focused its efforts on helping communities, supporting education and improving safety through driving skills training. In 2005 he launched the Ford Volunteer Corps to enhance the efforts of employee volunteers serving communities around the world. In its first ten years, Ford 30,000 volunteers worked on more than 9,000 projects in 40 countries.

In 2015, he championed the 30 Under Thirty program to develop the next generation of Ford philanthropic leaders and the Bill Ford Better World Challenge, which provides grant funding for projects that engage employees and local nonprofits in addressing needs that will improve community life and make people’s lives better.

Bill Ford is a member of the Board of Trustees of The Henry Ford and the Henry Ford Health System, and is Chairman of the New Michigan Initiative of Business Leaders for Michigan. He served as Chairman of the Board of the Detroit Economic Club from 2005 to 2017 and on the Board of Directors of eBay Inc. from 2005 to 2015. He was inducted into the Irish America Hall of Fame in 2011. He also is a founding partner of Fontinalis Partners, LLC, a Michigan-based investment firm that acts as a strategic operating partner to transportation infrastructure technology companies.

In recognition of his commitment to education and devotion to the Detroit community, in 2015 he was given the Ambassador for Humanity Award by the USC Shoah Foundation Institute.

Bill Ford was born in Detroit in May 1957. He is an avid fly fisherman and car enthusiast, enjoys playing hockey and tennis, and is a martial arts black belt. He holds a bachelor of arts degree from Princeton University and a master of science degree in management from Massachusetts Institute of Technology (MIT).