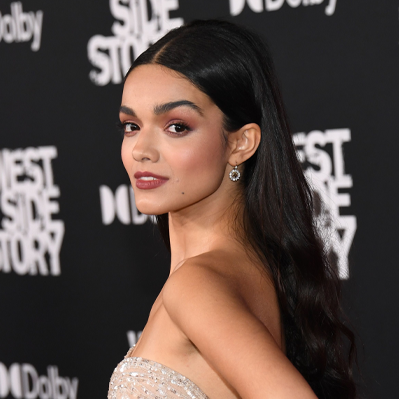 Rachel Anne Zegler is an American actress, singer, and YouTuber. She is best known for her role as Maria Vasquez in the 2021 film adaptation of West Side Story, directed by Steven Spielberg and written by Tony Kushner. For her performance, Zegler earned critical acclaim and won numerous accolades, including the Golden Globe Award for Best Actress - Motion Picture Musical or Comedy. She is set to star as Snow White in a live-action adaptation of the Disney animated film, among other projects. She is listed in the Forbes 30 Under 30 class of 2022.

Zegler was born on May 3, 2001, in Hackensack, New Jersey, at the Hackensack University Medical Center, the daughter of Gina and Craig Zegler. She has an older sister, Jacqueline. Her mother is of Colombian descent, and her father is of Polish descent.

Zegler was raised in Clifton, New Jersey, where she attended St. Philip the Apostle Preparatory School. She then attended the Catholic all-girls college-preparatory Immaculate Conception High School, where she starred in the school's musicals all four years: as Belle in Beauty and the Beast (2016), Ariel in The Little Mermaid (2017), Dorothy Brock in 42nd Street (2018), and Princess Fiona in Shrek the Musical (2019). For all four performances, she received Metro Award nominations in the Actress in a Leading Role category. Her other roles have included Serena in Legally Blonde, Cosette in Les Miserables, Millie in Thoroughly Modern Millie, and Mimi in Rent. She graduated from high school on June 2, 2019.

Zegler's YouTube channel has been active since July 2015 and has received attention. As of 2020, Zegler's video of herself singing "Shallow", from A Star is Born, has garnered over 11 million views on Twitter.

In January 2018, director Steven Spielberg posted an open casting call via Twitter for a new film adaptation of West Side Story. Zegler, then 16 years old, responded to the casting call tweets with videos of herself singing "Tonight" and "I Feel Pretty"; she had performed the role at the Bergen Performing Arts Center in 2017. Zegler was selected from over 30,000 applicants for the role of Maria. Her film performance garnered critical acclaim along with Golden Globe Award and Critics Choice Award nominations. Variety declared her the breakout star of the year writing, "The Colombian actress and singer is inarguably the biggest breakout star of the year, not just in what she showcases in her iconic duets but also in her infectious ownership of the camera, best displayed in the lighter “I Feel Pretty,” which displays her acting range".

Zegler has joined the cast of the 2023 film Shazam! Fury of the Gods and is also set to play Snow White in a live-action adaptation of the Disney animated film alongside Gal Gadot.