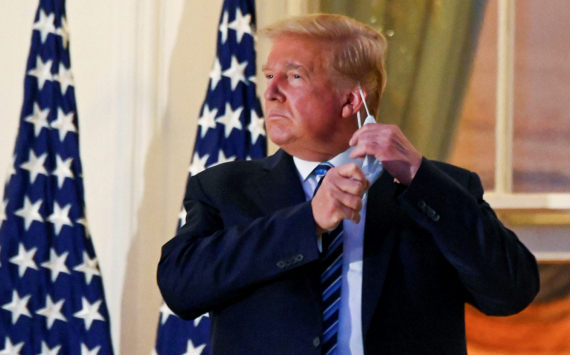 Facebook founder Zuckerberg had earlier said that Trump's pages would be blocked until his term as president expires. "The blocking is necessary for a peaceful transition of power", Zuckerberg said.

The Facebook and Instagram pages of incumbent US President Donald Trump are back up and running after a recent blockage. Facebook founder Mark Zuckerberg earlier announced that Trump's pages would remain blocked until he leaves office. There is no official comment on the restoration of the pages now.

According to Zuckerberg, the blocking was necessary for a peaceful transition of power to Democrat winner Joe Biden, as Trump intends to use his powers to thwart Biden.

Mark said: "We believe there are big risks if the president uses our services".

According to the social network founder, Trump was rather pandering to those who were going to storm the Capitol with his messages. For this reason, it was decided to delete his posts so as not to provoke more unrest.

At the same time, Trump's Twitter account was also blocked. The company's management attributed it to the publication of messages that contradicted the rules of the social network. At the same time, Twitter promised that it would return access to the president in 12 hours, after he deleted inappropriate posts. For now, Trump's Twitter account remains blocked and is not listed in search results.

Facebook is testing a Neighborhood app in the U.S.
Business
2107