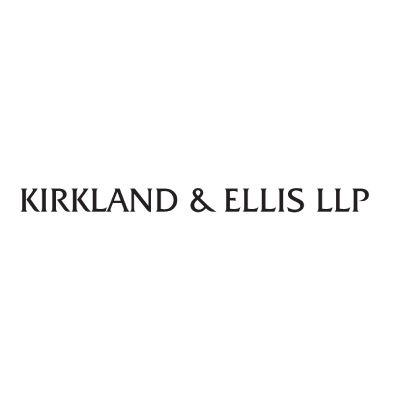 Kirkland & Ellis LLP is an American law firm. Founded in 1909 in Chicago, Illinois, Kirkland is the largest law firm in the world by revenue, the seventh-largest by number of attorneys, and is the first law firm in the world to reach US$4 billion in revenue. Kirkland also ranks second-highest globally in profits per equity partner, and is the highest among firms with a global presence. While Kirkland was historically considered a firm focused on litigation, during the 2010s, it expanded private equity and restructuring practices which, together with large-scale commercial litigation, comprise the core legal service areas of the firm.

In 1909, two attorneys, Stuart G. Shepard and Robert R. McCormick, formed the Chicago-based partnership that would eventually become Kirkland & Ellis. McCormick was the grandson of Joseph Medill, who had founded the Chicago Tribune. McCormick became president of the Tribune Company in 1914 and, in 1925, sole publisher of the Tribune.

Weymouth Kirkland and his associate Howard Ellis joined the firm in 1915. Kirkland served as chief counsel to the Tribune and other newspapers in various free speech and defamation cases, including Near v. Minnesota. In 1938, Kirkland and Ellis hired young trial lawyer Hammond Chaffetz from the U.S. Department of Justice. Chaffetz spent six decades with the firm, during which it grew to about 780 lawyers, making it one of the 30 largest in the country. Kirkland & Ellis has 15 offices in four countries.

According to a 2016 study, which evaluated the political ideology of the top 20 American law firms, Kirkland & Ellis was among the most conservative.

In 2020, "Kirkland, along with some other out-of-town firms like Sidley Austin and Latham & Watkins," have been reported in media as using "aggressive lateral recruiting to draw from New York’s dealmaking talent pool." The firm earned $5 billion in revenue in 2020. The increase came from heightened demand, induced by the COVID-19 pandemic.

The American Lawyer ranked Kirkland & Ellis as the 2018 Law Firm of the Year. "Mergers & Acquisitions" ranked Kirkland as the 2019 Law Firm of the Year for advising on 400 U.S. based-deals (more than twice that of the firm ranked second), and for advising on the largest number of global deals, in each case, in 2019. As of 2020, Kirkland is the largest law firm in the U.S. by gross revenue, with US$4.16 billion in revenue, and an estimated profit per equity partner of US$5.20 million. Kirkland was ranked second in the 2017 ATL Power 100 law firm rankings. Vault ranked Kirkland as the most prestigious firm in Chicago and the number-one firm in the U.S. for private equity, restructuring and business outlook in 2018.

Notable alumni of the firm include, among others, more than two dozen attorneys who resigned when appointed to roles in government.

№3
In rating
Other
area