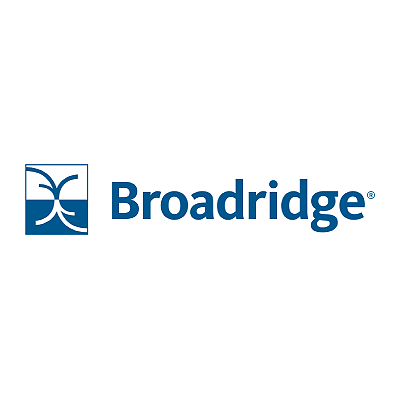 Broadridge Financial Solutions is a public corporate services company founded in 2007 as a spin-off from Automatic Data Processing.

The main business of Broadridge is as a service provider supplying public companies with proxy statements, annual reports and other financial documents, and shareholder communications solutions, such as virtual annual meetings.

Legislation passed in the mid-1970s in the United States mandates two processes affecting securities and their transfer: immobilisation and later, dematerialisation - the first requires paper securities to be kept in one central location and their ownership to be changed through transactions, rather than the piece of paper itself being transferred, and the second allows ownership to be simply recorded electronically without any paper certificate being created at all. These changes were made to allow more trades to happen, and for them to happen faster, in response to demand from the markets. These changes also had the effect of separating companies from their shareholders, and putting intermediaries between them.

Immobilization led to greater need for such intermediaries and created a new situation where shareholders voted by proxy instead of directly, and this in turn led a new industry to manage the shareholder voting process. Prior to this industry transformation, banks and brokers typically maintained in-house proxy departments for handling these processes. Even after the move to electronic certificates eliminated the need for intermediaries, they have persisted.

In the wake of the financial crisis of 2007–2008, Congress evaluated many aspects of corporate governance, including shareholder communications and proxy voting. In 2010 testimony by a vice president of NERA Economic Consulting and Jonathan R. Macey noted with alarm the near monopoly position of Broadridge in handling proxy voting. In 2010, the company processed about 350 billion shares for the companies it provided services for. By 2013 the company had retained its predominant position in the proxy processing market.

In the summer of 2016, Broadridge acquired the North America Customer Communications (NACC) unit of DST Systems, a Kansas City-based business services provider, which provided the company with addressing information for about 75% of all public company shareholders in the United States and Canada. Later in 2016, Broadridge bought M&O Systems, a small Manhattan-based financial services company. In 2016, the company acquired Spence Johnson, an institutional financial flow data intelligence firm co-founded by CEO at the time, Magnus Spence. This was a strategic investment by Broadridge, allowing for the combination of Broadridge's retail data and analytics with Spence Johnson's data and analytics focused on money flows between firms, two distinct intelligence dimensions. In November 2019, Broadridge announced their acquisition of ClearStructure Financial Technology, a global provider of portfolio management solutions for the private debt markets. In March 2020, Broadridge completed its acquisition of FundsLibrary, a leader in fund document and data dissemination in the European market.