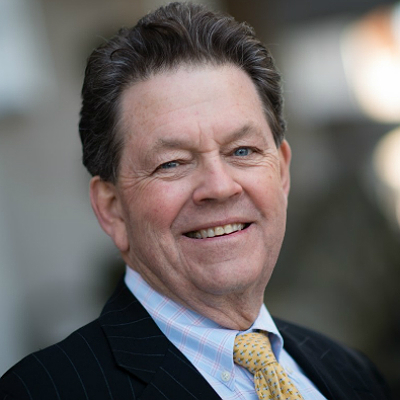 Laffer studied economics at Yale University (B.A., 1963) and international economics at Stanford University (M.B.A., 1965; Ph.D., 1972). As chief economist for the Office of Management and Budget (1970–72), he attracted attention for his supply-side economic theories, which held that reductions in federal taxes on businesses and individuals would lead to increased economic growth and in the long run to increased government revenue.

Laffer drew the famous Laffer curve, which showed that, starting from a zero tax rate, increases in tax rates will increase the government’s tax revenue but that, at some point, when the rates become high enough, further increases in tax rates will decrease revenue. This occurs because higher tax rates become strong disincentives against earning (and/or declaring) taxable income. Cuts in marginal tax rates could therefore increase tax revenues. Laffer’s point was already well known to economists in public finance, but they treated it as an intellectual curiosity. In the late 1970s, Laffer was the first economist to emphasize its possible application to the U.S. income tax system.

The real controversy was not the theory but rather where the American economy stood on the Laffer curve. Laffer believed that conditions were right for cuts in tax rates that he predicted would increase tax revenues. He proved to be wrong about the U.S. economy as a whole but right about a small group of Americans earning more than $200,000 a year and paying, at the time he wrote, a top marginal tax rate of between 50 and 70 percent. Laffer’s theory, and the evidence subsequently gathered by others, caused economists to examine more closely the incentive effect of taxes. U.S. Pres. Ronald Reagan was thought to have based his 1981 economic plan on the idea that cuts in marginal tax rates would increase tax revenues. Reagan’s economists projected a large revenue loss from his tax cuts, but they too were wrong: the actual revenue loss was less than had been projected, largely because the cuts in tax rates gave individuals an incentive to earn more taxable income.

Get exclusive access to content from our 1768 First Edition with your subscription.Subscribe today
Laffer worked as a political consultant while teaching at the University of Chicago (1974–76), the University of Southern California (1976–84), and Pepperdine University (1984–87). He also served as a consultant to the U.S. Treasury and Defense departments (1972–77) and as an economic policy adviser to President Reagan. During that time he founded (1979) Laffer Associates, an economics consulting firm. In 1986 Laffer, running as a Republican, made an unsuccessful attempt for a seat in the U.S. Senate. He subsequently served as a financial adviser to various politicians, and in the early 2010s he notably worked on a tax plan for Kansas Gov. Sam Brownback. Massive tax cuts were instituted, but the projected growth in revenue failed to materialize, and instead large budget shortfalls resulted in some cuts being rolled back.

Laffer was an adviser to Donald Trump during the latter’s successful presidential campaign in 2016 and later published Trumponomics: Inside the America First Plan to Revive Our Economy (2018; written with Stephen Moore). Laffer authored a number of other books with Moore, including The End of Prosperity: How Higher Taxes Will Doom the Economy—If We Let It Happen (2008; also with Peter J. Tanous) and Return to Prosperity: How America Can Regain Its Economic Superpower Status (2010). Laffer was awarded the Presidential Medal of Freedom by Trump in 2019. 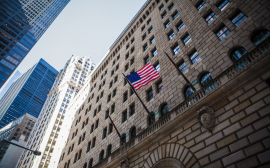 11 May 2021 Years
Americans' expectations for year-ahead inflation rose to 3.4% in April
Quotes
All