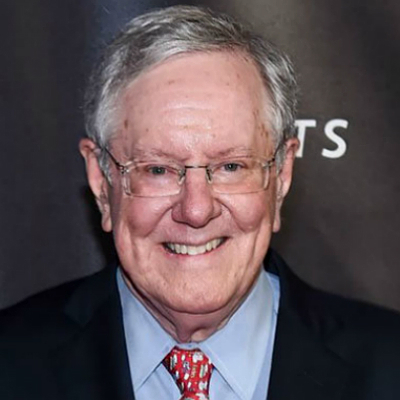 Activity: The American publishing executive. Forbes was a candidate in the 1996 and 2000 Republican Presidential primaries. Forbes is the Editor-in-Chief of Forbes, a business magazine.

Forbes graduated from Princeton University in 1970 with a B.A. degree in American history. He then went to work as a researcher for Forbes magazine, which was headed by his father, Malcolm S. Forbes, Sr. In 1973 he began writing a column for the magazine, and in 1980 he became the president and chief operating officer of Forbes, Inc. After the death of his father in 1990, Forbes became the chief executive officer of the company as well as editor in chief of the magazine, and under his leadership the company expanded its publishing ventures.

In 1985 he was appointed by Pres. Ronald Reagan to head the Board for International Broadcasting, which oversaw Radio Liberty and Radio Free Europe, and he was reappointed to the position by Pres. George H.W. Bush. In 1993, with Jack Kemp, a former congressman and fellow proponent of free-market economics, he founded Empower America, a group advocating so-called supply-side policies, including low taxes and deregulation, as the best means of stimulating growth.

In the 1996 campaign for the Republican nomination, Forbes emphasized his economic policies, prominent among them a drastically simplified income tax code that would include a single tax rate. He also advocated reliance on individual retirement accounts as a substitute for Social Security and the use of medical savings accounts in place of traditional employee health benefits. He supported conservative positions on a number of other issues, including term limits for members of Congress, school vouchers, and an end to affirmative-action policies. He did not, however, take a firm stance against abortion. Criticized for spending $37 million of his own money on the campaign, he withdrew in March 1996 after having had only mixed results in state primaries.

In 1999 Forbes announced his candidacy for the nomination in 2000. Although he continued to emphasize economic policies and conservative positions, he attempted to broaden his appeal by adopting stances on certain issues that were important to the social and religious right. These included a tougher position against abortion and advocating the posting of the Ten Commandments in classrooms. Poor showings in several state primaries, however, led Forbes to drop out of the presidential race in February 2000.

In 2001 Forbes joined the board of trustees of the Heritage Foundation, a conservative think tank. In 2006 he joined the board of directors of FreedomWorks, a conservative, nonprofit advocacy group based in Washington, D.C. During the 2008 U.S. presidential primaries, Forbes served as national cochair and senior policy advisor in the campaign of Republican candidate and former mayor of New York City Rudy Giuliani.

LINDSEY Lawrence B.
4th Director of the National Economic Council
1 place
View all