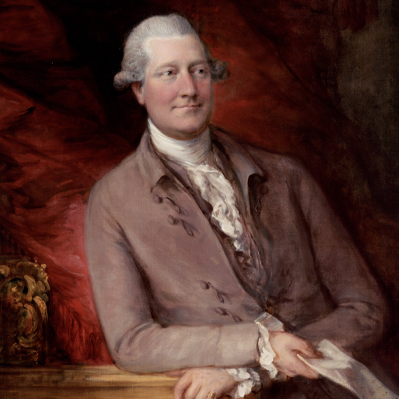 Born 1730 in Perth, Scotland, Christie went on to found Christie's auctioneers on 5 December 1766. Situated at Pall Mall in London, England Christie's Great Rooms dealt with some of the most important sales of the late-eighteenth century.

His first sale took place on 5 December 1766, at rooms in Pall Mall, formerly occupied by the print warehouse of Richard Dalton. On these premises the exhibitions of the Royal Academy of Arts were held until 1779. Christie afterwards moved next door to Gainsborough, who lived in the western wing of Schomburg House.

He was of tall and dignified appearance, remarkable for eloquence and professional enthusiasm, and was intimate with Garrick, Reynolds, and Gainsborough, and other men of note. He died at his house in Pall Mall on 8 November 1803, aged 73, and was buried in the burial ground of St James's Church, Piccadilly, which was located some way from the church, beside Hampstead Road, Camden, London.

He was twice married, and of the first marriage had four sons, of whom the eldest, James Christie the Younger (1773-1831), succeeded him; the second, Charles, captain in the 5th regiment of Bengal Native Infantry, was killed (1812) in Persia during a Russian attack; the third, Albany, died in 1821; and Edward, the fourth, died a midshipman at Port Royal, Jamaica, 1821.

The best-preserved dinosaur skeleton of Deinonychus sold at Christie's for $12.4 million
Business
768
View all