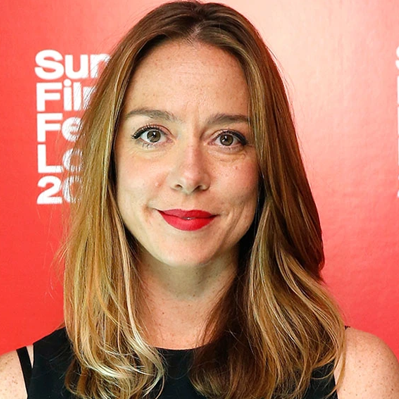 Heder was born on June 23, 1977 in Cambridge, Massachusetts, United States. She graduated from the Carnegie Mellon School of Drama.

After graduation, Heder moved to Hollywood to become an actress and screenwriter while working for a nanny agency. At the agency, she worked for guests with children staying at four-star hotels and her experiences inspired her first short film.

In early 2005, the script for Mother was 1 of 8 chosen to be awarded a fellowship for the prestigious American Film Institute's DWW (Directing Workshop for Women). Mother, Heder's first short film as writer and director, won the Grand Jury Award for "Best Narrative Short" at the Florida Film Festival. Mother also received honors at the Cinéfondation Competition of the Cannes Film Festival and the Seattle International Film Festival. Since then the film has been further selected to appear in competition at Palm Springs International Festival of Shorts and the British Film Institute's London Film Festival.

In 2010, Heder won a Peabody Award, along with her fellow writers, for her work on the acclaimed U.S. television series, Men of a Certain Age. In 2011 she wrote and directed a short comedy, Dog Eat Dog (A Short Tale) starring Zachary Quinto to raise awareness for pet adoption, and that short film can be watched for free on YouTube. She wrote for seasons 1-3 of the Netflix original series Orange Is the New Black before taking time off from that job to direct the film Tallulah.

In 2015, Sian Heder directed Tallulah, starring Elliot Page and Allison Janney. Tallulah was backed by Route One Entertainment, Maiden Voyages Pictures and Ocean Blue Entertainment. The film was set to premier as one of 65 films selected for Sundance Film Festival January 21–31 in Utah. Netflix obtained worldwide rights to stream Tallulah in January 2016. The film received positive reviews from critics, and was released on July 29, 2016.

Heder is married to actor and producer David Newsom, with whom she has two children. She is the daughter of artists Mags Harries & Lajos Héder, both of them immigrants, Mags Harries being from Wales and Lajos Héder being from Hungary.

Rating with people in show business for Q1 2022 from GlobalNY.biz
Ratings
2547
View all